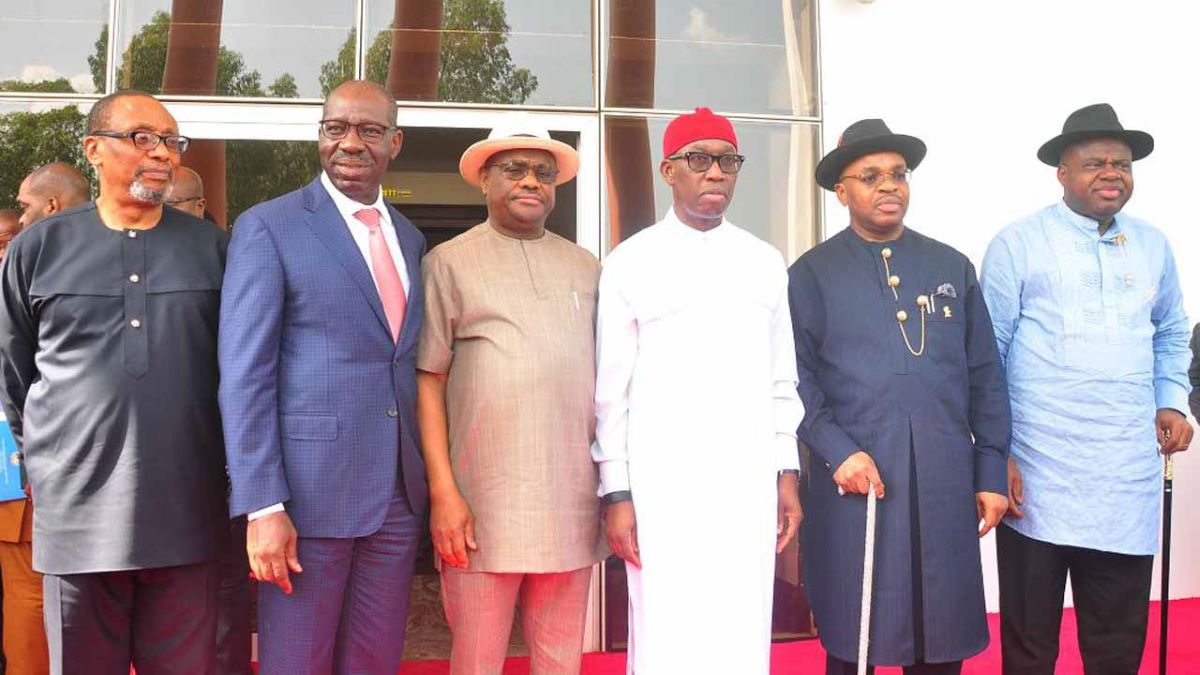 Youths in the Niger Delta region have called on Niger Delta governors not to block the minister of Niger Delta Affairs, Senator Godswill Akpabio in pushing forward what they described as President Muhammadu Buhari’s good plans for the region.

They have also endorsed what they described as the current drive by the Federal Government to eradicate corruption in the country.

The youths in a statement signed by NDYF Chairperson, Dr. Roseline Umoh, defended the administration’s role in appointing a sole administrator for the interventionist agency.

In enjoining Niger Delta governors to cooperate with Akpabio, the Minister of Niger Delta Affairs and give him the needed support for success, they advised the governors to be patient with the Federal Government.

‘’We must not set roadblocks before ourselves. We must unite. The harmony which has now been achieved between the Ministry of Niger Delta Affairs and the National Assembly is here to stay’

‘’It requires time to complete the forensic audit’’ the youths said.

While lauding the president for giving Akpabio supervision of the NDDC, they said”

‘’We are grateful to Mr. President for the perspicacious judgement’’

‘’President Muhammadu Buhari and Chief Godswill Akpabio deserve our commendation for the changes so far in the oil rich Niger Delta region’’ the youths said.

The youths explained that the Ministry of Niger Delta Affairs had a minister who is committed to doing things right.

They underscored Akpabio’s long trail of legacies in Akwa Ibom State, his inspiring leadership in the Senate and the effort he was making to develop the oil rich region.