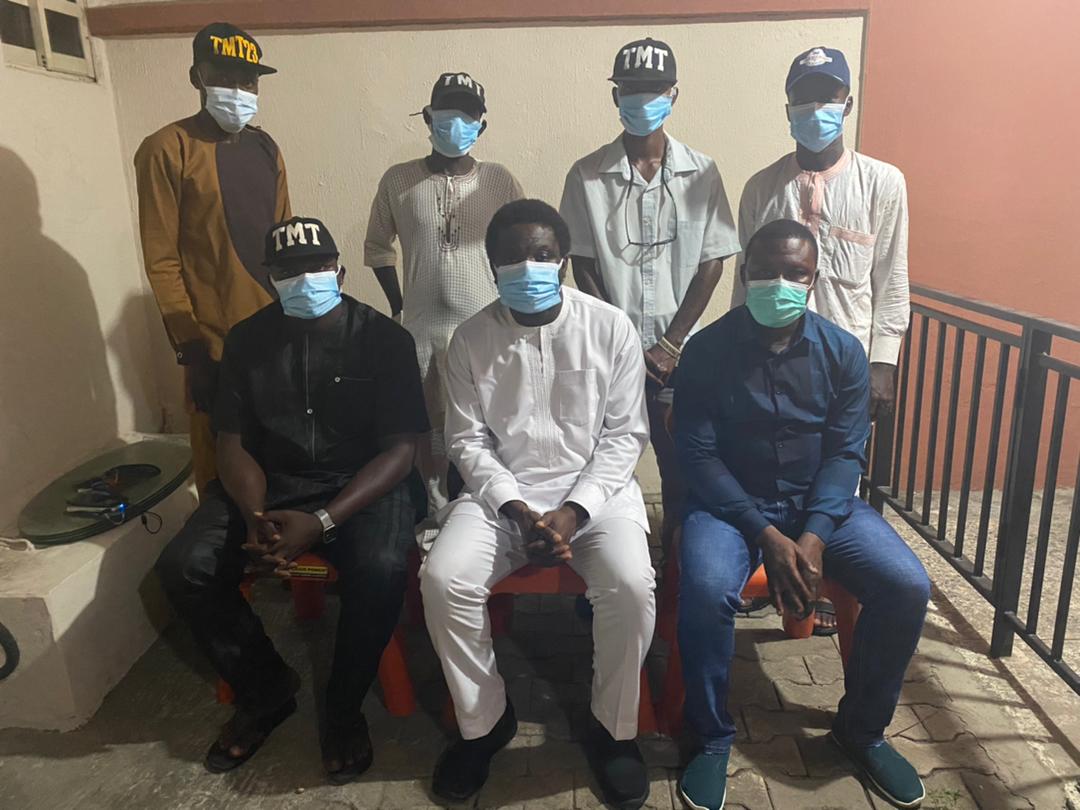 The national patron of the Tinubu Media Team, TMT Comrade Ayodele Adewale has enjoined members of the team across the nation to build up followers using the social media devices available to them.

Speaking when he received the TMT members from Oyo State, in his Lagos office, Adewale also enjoined them to be prompt in validating their membership of the All Progressives Congress, APC.

The TMT delegation led by led by it’s State Coordinator, Comrade Salami lbrahim said that they were in Lagos to tap inspiration from their leader and patron in their continuing pursuit towards realizing the presidential aspiration of their leader, Asiwaju Bola Tinubu.

Speaking to the visiting Tinubu supporters, Adewale said:
“As the National Patron of T.M.T, it’s my core responsibilities to guide you all on the path of success to achieve our goals and objectives.

“It’s important that you all understand the primary assignments of T.MT which is to preach about our principal, Asiwaju Bola Ahmed Tinubu to all household via different media.

“You should identify the avenues of building numbers, galvanizing and mobilizing humans as well as getting them ready for Asiwaju Bola Ahmed Tinubu’s primary election come 2023.

“The number of your followers on these social media handles go a long way in speaking volume of your activities. You must deliver in your assigned duties for Asiwaju Bola Ahmed Tinubu to be proud of you.”

“You should also embark on massive Mobilization as regards the ongoing Party Membership and re-validation exercise and secure your contacts for the needed period,” he posited.

Earlier, Salami had stated why the team was in Lagos to receive further guidance from Adewale.

He stated “as one of the frontline groups assiduously working for the actualization of Asiwaju Bola Ahmed Tinubu’s Presidential quest in Oyo State, it became paramount, that we consult our National Patron, Comrade Ayodele Adewale on the right part to channel our activities for the growth of the group in Oyo State.

Send Us A Press Statement Advertise With Us Contact Usnb