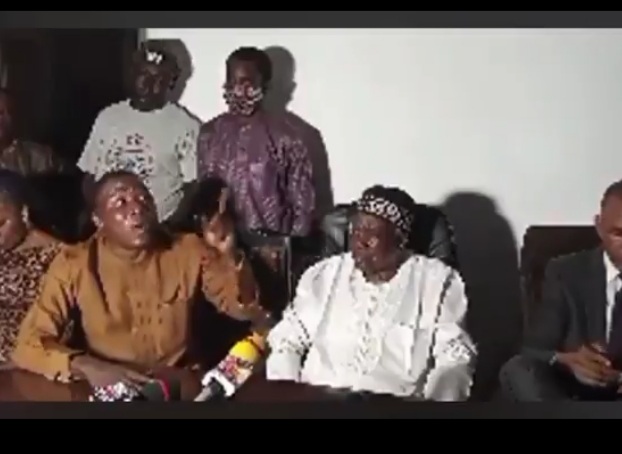 Femi Fani-Kayode was gushing early on Thursday as he released a blistering video of renowned Yoruba activist, Sunday Adeyemo, popularly known as Sunday Igboho calling on the Yoruba nation to ward against continued marginalisation..

Igboho was in the video seen lamenting that the two ports in Lagos were under Fulani control even as he said that the Yoruba nation would be better if it stood on its own against the continued integration in Nigeria.

Igboho who urged Yoruba in the North to return home said that the time for action had come and that any one king or whoever opposed would not live a day after.

Igboho who was disdainful of the present set of Yoruba political leaders said that the masses of the race had to take their fate in their hands if they wanted to survive.

Fani-Kayode who gushed that a great man had arrived as he released the video of the call on his twitter page early on Thursday, said:

“Why are we being slaves in our fathers’ land, why are we being enslaved in our own land? The people that call themselves Senators& leaders will be going in traffic & see 4 & 5-year-olds selling popcorn & puff-puff & they will buy & eat, have you seen that they are not worthy to be called leaders, therefore we reject them as leaders,” Sunday Igboho said.

“The Yorubas that are everywhere are larger than most countries, therefore we call on the global community & United Nations to come & separate us, we are no longer interested in being part of Nigeria before this becomes war, they need to intervene because we want to go.

“We are not safe anywhere, we can’t sleep in peace, we can’t travel in peace, what have we done? Are we slaves? We don’t do wrong by existing, we only chose wrong leaders and we are saying enough is enough!

“Tincan in Lagos, Apapa, the directors are Fulani men. The two ports we have, the controllers are Fulanis we don’t want them anymore! Seme borders we don’t want Fulanis there anymore! When Baba finish talking now, we the Yorubas here will have a crucial meeting, we are going to open the borders, let’s start allowing goods to enter!

“The borders that NIGERIAN Government closed, we are opening it all, we are no longer interested in being part of Nigeria! Whatever you want to do to us, we are ready! I’m talking to Yoruba indigenes! you can stand aside & say there is no unity among us, but touch a single Yoruba man, you will see that we are united.

“All our Kings are solidly behind us, any of them that want to deny it should make a press conference, let’s see. He won’t see the light of the next day! My advice to the Yorubas in the North is to find your way back home.

“Start coming home, it is time! We have suffered enough, let’s not fight among each other, let’s Unite for a common cause, it is time to come home. That’s all I have to say”. – Sunday Igboho, Ibadan, 17th March, 2021.”