Buhari Removed Me Over Rumour I Secretly Met Atiku – Onnoghen 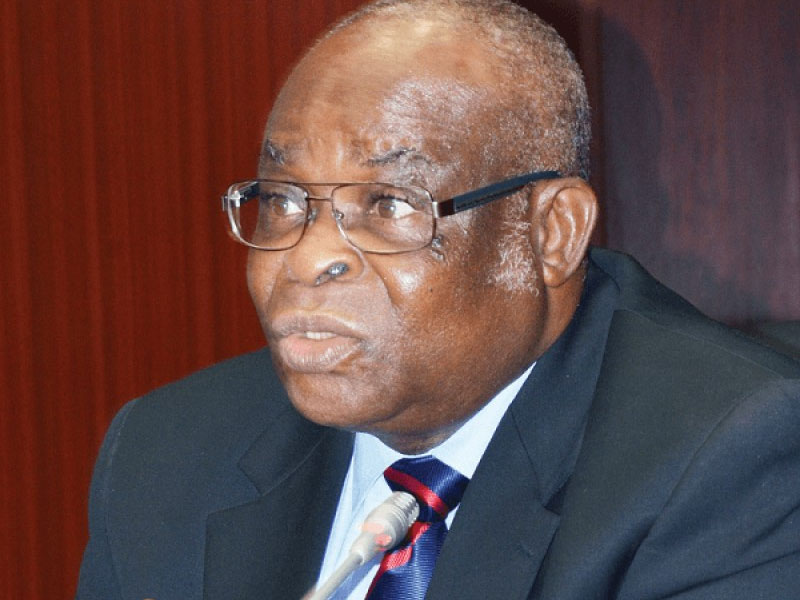 Former chief justice of Nigeria Walter Onnoghen on Friday spoke publicly for the first time about his removal from office in 2019 by the Buhari administration.

Speaking at a book launch ceremony he attended with his wife, Onnoghen said he was kicked out of office over a false allegation that he held a secret meeting with former Vice President Atiku Abubakar, the opposition’s presidential candidate, in Dubai, United Arab Emirates prior to the 2019 general elections.

Onnoghen was suspended on January 25, 2019, about 29 days to the presidential election over undeclared assets. He was replaced by the next most senior jurist of the Supreme Court Justice Tanko Muhammad.

Onnoghen decried that in a bid to get him out of the way, the Federal Government procured an ex-parte order to unlawfully suspend him from office, even when all the parties had already joined issues at the tribunal

He said: “Prior to my suspension, I was confronted with no allegation. There were rumours that I met with Atiku (Abubakar) in Dubai. But as I am talking here today, I have never met Atiku one on one in my life.

“As if that was not enough, I was also accused of setting free, some high-profile criminals, whereas I ceased to be a high court judge as far back as 1978.

“In Supreme Court, I did not sit alone, we sit in panel. In all these rumours and outright accusations, I was not given the opportunity to defend myself.

“Let me make it clear that the office of the CJN was not for Onnoghen, but for all Nigerians who swore to guide and protect the Constitution of the Federal Republic.”