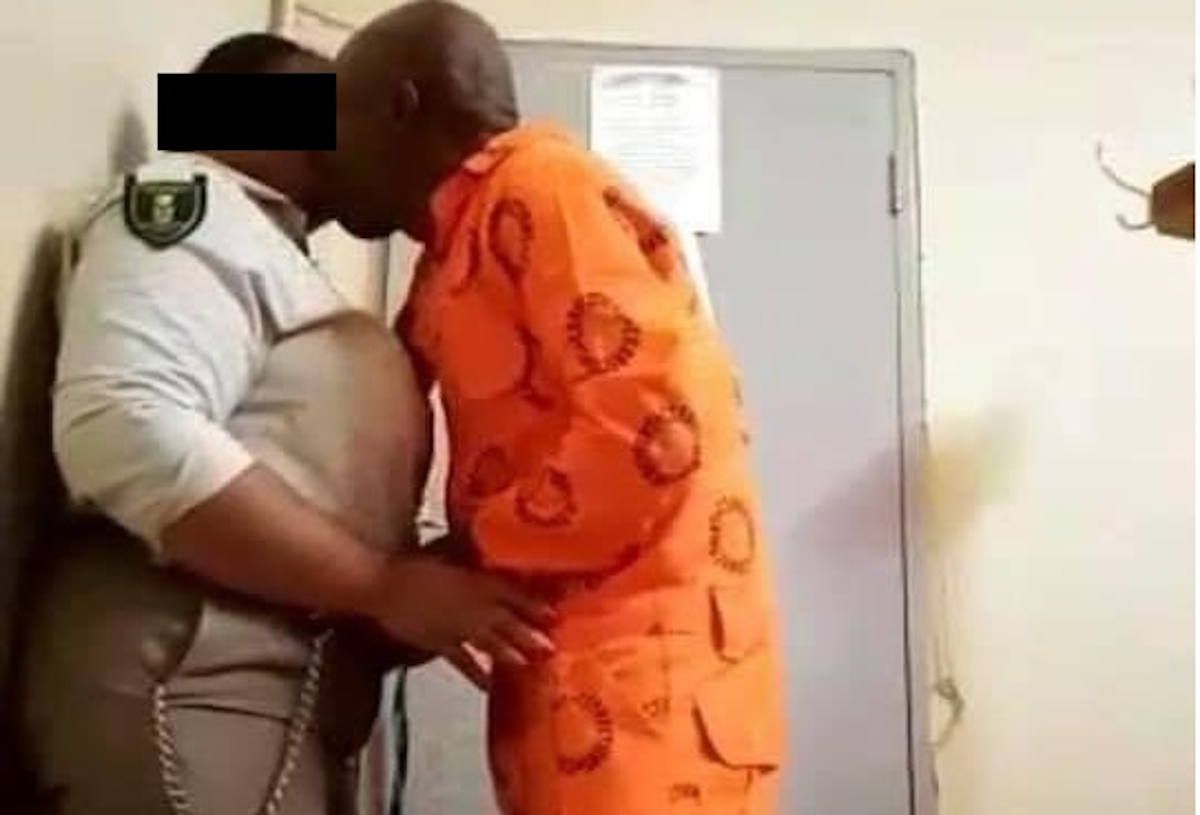 Confusion is trailing the relationship between the prison warder who was caught in a sex act with a prisoner in a room in Ncome Correctional Centre in Vryheid, northern KwaZulu-Natal, South Africa.

As the video of their act turned viral earlier this week, pictures emerged that the female warder and the prisoner were married.

Pictures including wedding pictures showing a couple with resemblance to the female warder and the prisoner emerged also online to buttress the claim that they were married.

GreenWhiteGreen GWG had reported the story of the female warder who was caught in the sex act and her identity has reportedly been established by the authorities.

There were also some reports that the lady had in embarrassment committed suicide.

However, the South African authorities have dismissed the report asserting that the female warder did not commit suicide.

Contrary to reports that she was forced to undergo the sex act, sources in the correctional facility now say that she wasn’t.

Even more authorities have also dismissed the claim that the couple were married.

Correctional services have confirmed that the prisoner and warder in the trending sex tape are not married.

KwaZulu-Natal correctional facility spokesperson Singabakho Nxumalo said that the pair are not married contrary to rumours. The spokesperson also confirmed that the warder is facing suspension for sexual relations with a prisoner. “Sexual activities between inmates and correctional officials are shameful incidents that can never be ascribed to what is expected of our officials,” he said.

Meanwhile, an official of the SA Prisoners Organisation for Human Rights (SAPOHR) has said that sex acts between warders and prisoners is commonplace.

“It is headlines today and as old as the mountains the next day and nothing comes of it. The mandate of this prison was lost along the line many years ago. Tomorrow it will happen again,” said Bhudu.

“If the system worked, these things were not going to happen. You will have a correctional officer that was well trained, well focused, well paid and not overworked. And you will have a prisoner that is also there to be educated, to be trained, to be given skills, so the prisoner can become rehabilitated and then reintegrated as a useful and productive citizen. Those things would have been in place but the system fell apart years ago.”