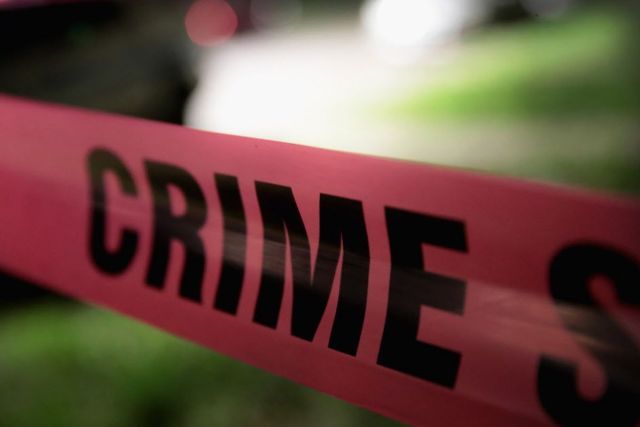 An 18-year-old law student has been pictured for the first time since he was stabbed to death after burglars launched an attack on his family over designer jackets he was selling online.

Hussain Ahmed Chaudhry was killed outside his home in Leyton, London, on Wednesday night in an altercation that saw his mother and brother’s hands slashed with a knife.

Hussain Ahmed Chaudhry (pictured), 18, was killed outside his home in Leyton, London , on Wednesday night in an altercation that saw his mother and brother’s hands slashed with a knife

‘You radiated light & never had anything but a smile adorning your face. You studied well, loved well, prayed well.

‘Fly with green birds, my martyr. Meet me by at the gates of Jannah, will you? I’ll wait to your familiar face.’

Hussain was selling designer clothing worth a few hundred pounds when two men tried to steal them, police and friends say.

After stabbing Hussain in the neck, one of the attackers ran through the front door and the other escaped out the kitchen window, according to a friend of Hussain.

Friends told how Hussain, who was due to turn 19 in two weeks, had been reselling luxury clothing items since college and his death could be the result of a deal gone wrong.

A crowdfunder launched for Hussain’s family has raised more than £25,000 just two days after the teenager’s death.

The Metropolitan Police said the victim had been formally identified as Mr Chaudhry and a post-mortem examination on Thursday gave cause of death as hypovolemic shock and a stab wound to the neck.

In an earlier post Hussain’s sister wrote: ‘Yesterday my beautiful baby brother left this world the same way he came in, cradled in my mother’s arms.

‘He died defending his family. His eyes were bright, his face showed no pain, he was at peace. To God we belong & to Him we return. You’re home now baby, I’ll see you soon.’

Mr Chaudhry’s friend Wahab Ahmed, who set up a fundraising page to build a mosque in his memory, described him as an ‘incredibly kind and beautiful soul’.

‘On Wednesday March 17 2021, my beloved friend Hussain Chaudhry was tragically taken from this world protecting his family from thieves,’ he said.

‘Hussain was an incredibly kind and beautiful soul who always looked out for others.

‘He was someone who always had a smile on his face, and was a blessing to the community. He will be greatly missed.’

Detective Chief Inspector Perry Benton has urged anyone driving in the area on Wednesday evening to check dash-cam footage, and for local residents to check doorbell cameras for any insights into the crime.

He said: ‘A young man has lost his life in tragic circumstances and my thoughts are with his family and friends at this awful time.

‘The attack happened on a busy road during rush-hour and I know there would have been lots of vehicles passing at the time of the incident.’

A close friend who went to college with Hussain said one of the attackers lost his shoes, while the other left their phone behind.

He said: ‘He [Hussain] would buy designer stuff and resell it – he’s been doing it since college. Someone called him and told him he was going to buy a jacket, but then they tried to steal it.

‘One of them ran through the front door and the other ran out the kitchen window. I think one of their shoes fell off and one of them dropped their phone.’

The friend added that Hussain loved football and was a big Manchester United fan.

He said: ‘We went to college together and he was in my 3D design and maths class.

‘He was one of the first people I became friends with on the first day. I remember he was sitting across from me and smiled because I’d purposefully sat next to this girl.

‘He was a big Manchester United supporter and because I support Arsenal, we would bet five pounds each time they played.

‘It was his birthday in two weeks (April 2) – he had his whole life ahead of him and had just started uni.

‘He was quite quiet and reserved, but really approachable. I haven’t fully comprehended that he’s gone, like I’m still expecting him to call me and say let’s go for a haircut.’

Detective Superintendent Paul Whiteman said extra officers will be in the area over the coming days to help reassure the community and listen to concerns from residents.

He said: ‘We remain committed to tackling violent crime and we are working with a number of partners to help us prevent another tragic loss of life.

‘You will see extra officers in the area this week and they will be using a range of tactics to target those who choose to put others in danger by carrying a knife.’

Speaking at the scene, said: ‘On Wednesday, March 17, at around 5:20 pm an altercation took place inside the house, which then spilled out onto the street.

‘During the incident unfortunately Hussain was fatally stabbed and during the same incident his mother and brother received serious hand injuries.

‘They are serious hand injuries – I mean the mother’s still in hospital so it shows the seriousness of it.

‘It’s truly shocking and it’s really impacted the community and obviously the family are devastated.

‘There’s a lot of information going round on social media and I would like to appeal to people not to speculate about those responsible at this time.

‘At the moment we’re working on the assumption that there were two males involved.

‘It’s a tragedy for the family and my heart goes out to them.

‘I’m sorry for their loss. We’re doing everything we can to identify those responsible and try to bring them to justice.’

A neighbour, who did not want to be named, described how the attacker was punched in the face before he grabbed a jacket and fled.

The thug was thought to have ordered a taxi before deciding to run across rooftops at around 5.20pm.

Reiss Chaudhry said his nephew died in his mother’s arms after defending her from the knifeman.

School friends who laid flowers for the teenager said he was a kind-hearted and bubbly person who was good at everything.

He was studying law in his first year at SOAS University in London after attending Leyton School secondary school.

Speaking at the scene, his uncle Mr Choudhry said: ‘He was just trying to protect his mum. He was a good boy and such a lovely boy.

‘His mum was badly cut across her hand and his brother was hurt too and they are both still in surgery. He was stabbed in the neck and he died laying in his mother’s lap.’

One witness said the killer was seen trying to get into a taxi before fleeing on foot.

Next door neighbour Yinka Deinde saw the killer get into in a cab before he ran away after stabbing Hussain.

Mr Deinde said: ‘The killer was in the cab. I saw the killer in the back of the cab. The boy, his brother, the mum were all outside.

‘The cab driver was inside and immediately when I saw the killer running, I went up to him and I said ‘where were you taking him to? Check’.

‘He said he had this address so most likely they called him here to get away.

‘But in the end he didn’t take the cab, he ran off. I have never seen anything like it in my life.’

Flowers have been lined up outside the teenager’s terraced home since yesterday.

One 19-year-old woman said: ‘He was very bubbly, very kind-hearted and a big family man. He cared a lot about his family. He had a great aura about him.’

Another woman, also 19, said: ‘He was lovely, funny, caring, and good at everything. He had a great personality. He was studying law at university in his first year.’

So far no arrests have been made, Scotland Yard said.