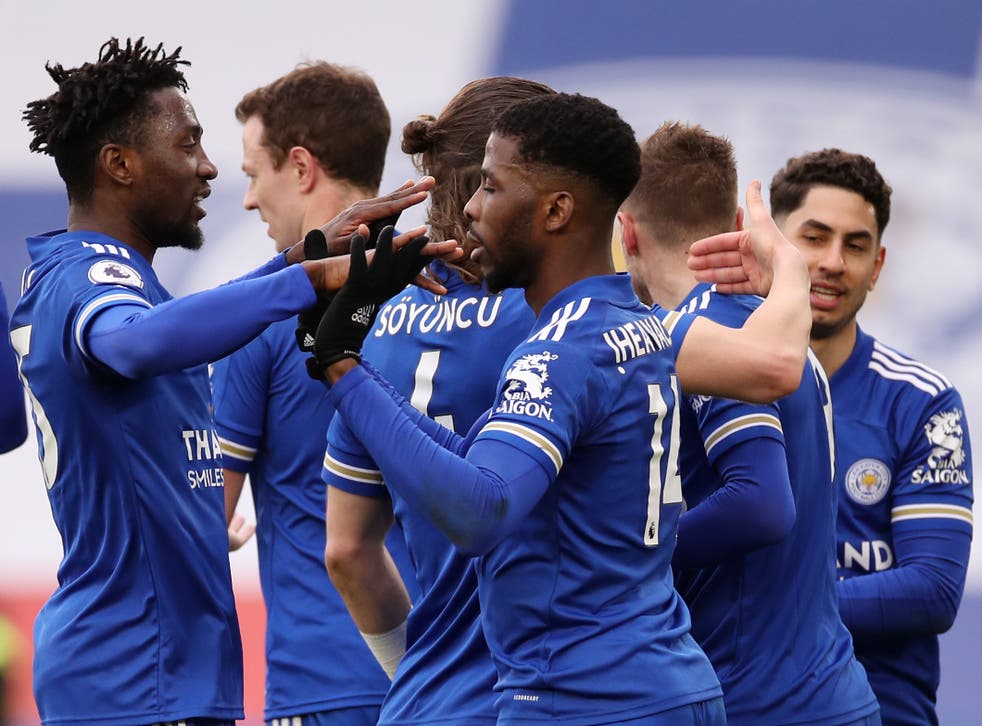 Kelechi Iheanacho was at his absolute best once again as his brace and assist dumped Manchester United out of the FA Cup on Sunday evening at the King Power Stadium.

Leicester City will now play against Southampton in the FA Cup Semi-final for the first time in 39 years following a 3-1 victory over the Red Devils at the King Power stadium.

The Foxes were pretty confident coming into the game following a 5-0 win over Sheffield United in the Premier League. Iheanacho was the man in form as he broke the deadlock following a mistake by Fred in the 24th minute.

Mason Greenwood cancelled out Iheanacho’s opener from a cross by Paul Pogba before Ayoze Perez shot wide in a bid to restore the lead later on as the sides were stalemated at the break.

Seven minutes after the restart, Youri Tielemans found the bottom corner superbly from outside the box to put Leicester ahead for the second time in the game. Ole Gunnar Solksjaer threw on Bruno Fernandes, Edinson Cavani, Luke Shaw and Scott McTominay to solve the difficult puzzle.

However, Kelechi Iheanacho dented Manchester United’s chances with his second of the game by heading home a free-kick. The Nigerian international has now scored nine goals in nine games.