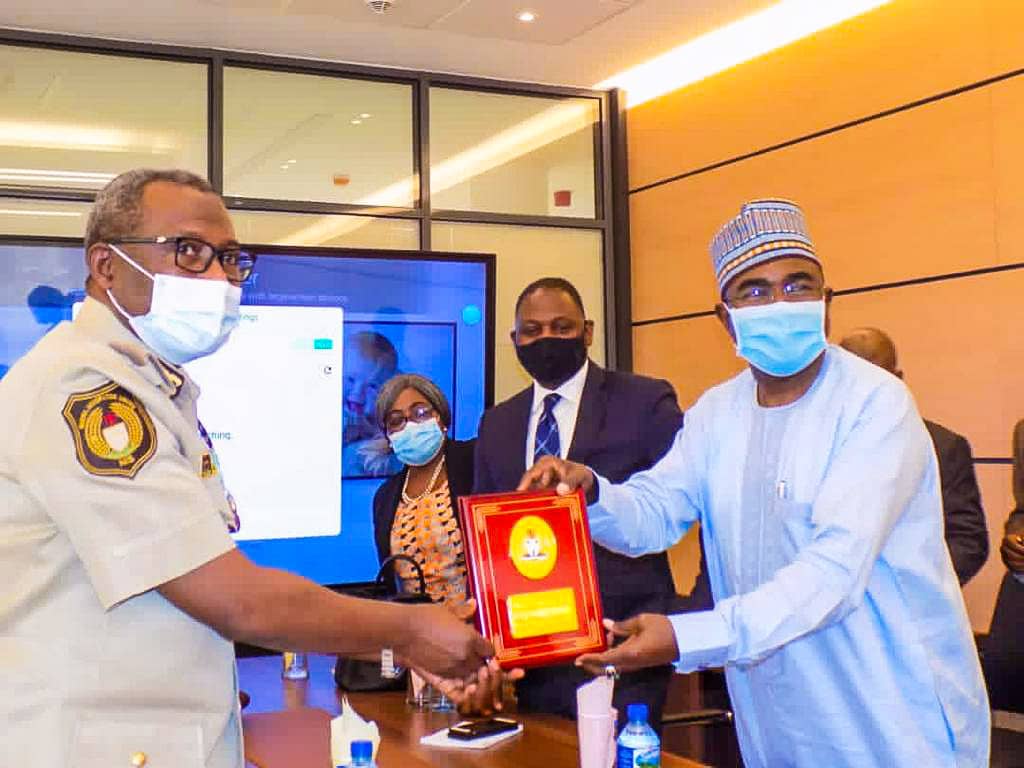 The National Drug Law Enforcement Agency, NDLEA, has said it will make use of the Nigeria Immigration Service’s huge database to track drug barons and traffickers anywhere in the world.

After a tour of the NIS database facility, Gen. Marwa commended Babandede for deploying modern technology and state of the art equipment to keep huge data for the use of the nation’s intelligence and law enforcement community.

“No doubt, the Nigeria Immigration Service database will be of immense use to us in NDLEA in our efforts to track drug barons and traffickers wherever they may be hiding across the world and we’ll take advantage of the new technology deployed by the NIS now that the NDLEA is on top of its game”, he stated.

Besides his appreciation of the NIS data base and his promise to use it to track fleeing drug barons, the NDLEA boos also commended the NIS Comptroller General for introducing drug integrity test to the Service, adding that the Agency will continue to push for other government agencies and political office seekers among others to adopt the same.

In his response, the NIS boss said Marwa is the right Nigerian to handle the kind of task NDLEA is saddled with given his past records, experience and competence.

“We have no doubt that you will excel like you have done in previous national assignments and we are ready to work with you. On the drug integrity test, we will like the NDLEA positioned to conduct drug test for the military and other law enforcement agencies”, Babandede stated.

He said it is not enough to send those caught with drugs to jail, membership of any drug cartel must equally be regarded and treated with similar measure.

Single Mother, Onyineyechi Reveals How Baby Was Sold For N900k