Nigerians Differ Over Lavish, Elaborate Burials For The Dead 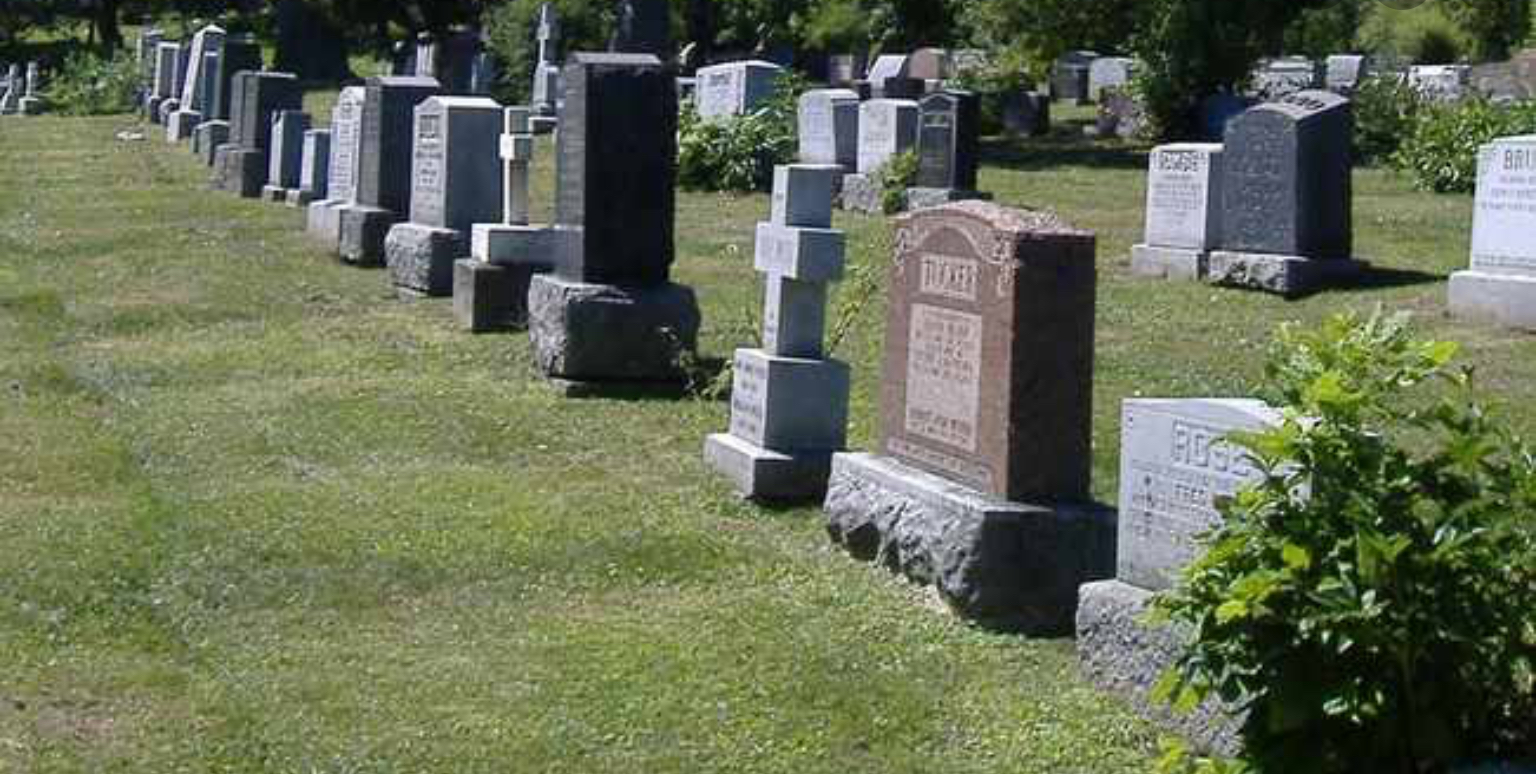 Nigerians from different economic, social, ethnic and religious backgrounds have differed on the propriety or otherwise of organising lavish and elaborate burial ceremonies for the dead, following the loss of loved ones.

The outbreak of COVID-19 in Nigeria in February 2020, resulting in restriction of movements, religious and public gatherings as well as use of face masks and observance of other protocols, has shown that conduct of elaborate burials are unnecessary.

In a survey conducted by the News Agency of Nigeria (NAN) in the South-West zone, while some respondents condemned the practice, saying it would lead to committing humongous expenses, others, however, said there was nothing wrong with it.

The latter group further argued that elaborate and lavish burials were unnecessary, especially given the fact that more than 80 per cent of Nigerians were living below poverty line.

In an interview with NAN, Ogun Commissioner for Culture and Tourism, Dr Toyin Taiwo, frowned at the practice of organising elaborate burial ceremonies in some Nigerian cultures.

Taiwo described such practice as “frivolous”, contending that although it was inherited, it was no longer in tune with the current economic realities in Nigeria.

“If a particular norm is not serving any useful purpose, it should be discontinued, no matter how long it might have been in existence.

“Another reason it has continued is because of the foolish and erroneous belief in some cultures that the dead would be angry and not sleep in peace if not celebrated flamboyantly.

“We should, however, realise that culture is not a destination but a journey of discovery, and when you discover that a particular way of life no longer serves any useful purpose, you stop it, rather than pass it on.

Also contributing, Dr Debo Jegede, a senior lecturer in the Department of Sociology, Covenant University, Ota, identified the Yoruba and Igbo as two cultures that were fond of celebrating the dead flamboyantly in Nigeria.

According to him, most people of Northern extraction do not believe in much ceremony after death.

The don described the practice as “wasteful”, adding that “it does not have any positive economic impact on the society”.

An Abeokuta-based business woman, Alhaja Oyeronke Adebiyi, wondered why people spend lavishly on burial ceremonies since “such practice does not mean that the deceased will automatically rest in peace.

“Oftentimes in Yoruba land, you see people going the extra mile to bury someone they claim to love; they incur debts just to satisfy guests and be respected for being sociable.

“But you discover that when the deceased was alive, hardly was he cared for by the same people as a way of demonstrating their so-called love for him.

“It is wrong and absurd to spend lavishly on burials of someone you will never see again,” she said.

However, Mr Sunday Bamidele, a sociologist, said “celebrating the dead is culturally acceptable”.

He explained that the acceptability would depend on the culture which the dead person belonged to while alive.

“It is oftentimes peculiar to each culture and tradition. For example, the Hausa bury their dead almost immediately or on the day of death.

“The Yoruba, on the other hand, usually postpone the burial ceremony in order to prepare for full celebration.

“Concerning the religious aspect, most Muslims bury their dead the same day, while Christians sometimes shift the burial date forward, regardless of their ethnic affiliations.

A clergyman, Rev. Akintunde Idowu, said Christians had strong belief in the afterlife, stressing that much of their lives should be lived with the aim of achieving eternal peace in heaven.

Idowu, however, said that Christians usually held funeral services to pray for repose of the soul of the departed and offer comfort and support to the bereaved.

“As Christians, we follow the Bible which recognises life after death. So when a Christian dies, it is seen as the end of his earthly sojourn. Everyone must, therefore, strive to attain a place in heaven, as believer in Jesus Christ.

“Funerals are held for family members, friends and associates of the deceased to celebrate and give thanks for the life and times of the departed.

“It is also a period used to help the family come to terms with the reality of the loss of their loved ones and bring some form of support,” he said.

To Dr Omotunde Olaniyi, a mental health physician, while some people always give attention to funerals rather than medical costs in the event that the deceased was ill, funerals help to provide relief and social support to the bereaved.

According to her, a funeral ceremony is an avenue for social support so that the person doesn’t slide into depression after losing a loved one.

“Grief can weaken a bereaved person’s physical and mental health, thus holding funeral rites is a symbolic way of bringing relief and comfort to the bereaved.

“Funerals may help to ameliorate grief, assuage guilt and also provide social support for the bereaved.

“Funeral ceremony brings home the reality of death, encourages the expression of grief and offers hope to the living. I don’t believe it should be abolished but it should be done in moderation,” she said.

Mrs Adesola Olaiya, a 72-year-old woman, said that burying the dead used to be a family affair in the olden days.

“While we were young, anytime a person died, which usually happened at home, it was their family that would wash and prepare him for burial.

“The body would be laid out in a room and people would come and pay their last respects.

“You didn’t have to spend money to keep the body in the morgue and pay for expensive coffins.

“All these have, however, changed now, as civilisation now dictates burial practices.

“Burial is no longer a family affair; it’s like a competition nowadays and this should be discouraged.

“Young people should be encouraged to take care of their parents while they are still alive, spend that money on arranging for vacations for them and have modest burial when they die,” she said.

Also, Prof. Yahya Oyewole-Imam, Research Manager, University of Ilorin, said that incurring huge expenses in the name of giving the dead a befitting burial was alien to Islam.

Oyewole-Imam, a professor of Arabic and Islamic Studies at the university, described death as permanent termination of life-sustaining processes in an organism.

“This is when all biological systems of a human being cease to operate. Death occurs at any stage in one’s life and for whatever cause,” he said.

According to him, death is a necessary end of everybody, whether young, old, male, female, rich or poor.

“There are recommended practices that must be done. These include washing the dead, shrouding and burying him/her if the condition of the death allows that.

“While charity and charitable deeds can be made on behalf of the deceased so that he/she can receive the mercy of Allah, all other expenses involving wining and dining are forbidden in Islam,” he said.

On his path, Pastor Thomas Babajide of Christ Disciples Church, Offa Garage, Ilorin, said spending fortunes on burial was not a bad idea.

“I don’t see anything bad in celebrating our old ones or parents when they are dead.

“It is not a waste to invite friends to bid the departed parents, family members or friends goodbye.

“It is a sign of showing love and there is nothing bad in that. If we have played our role well while they were alive, I don’t see where it is stated in the Bible that it is a sin to celebrate them when they are gone.

“If you, as children, have the capacity, you can organise a party to honour your parents and plan their burial big. Let’s stop criticising those who spend on burials. It is normal,” he said.

The cleric, however, called on people to always try and take care of their parents and family members, and should not wait till they die before throwing party for them.

Mathew Odudu, an Ado Ekiti-based casket dealer, attributed the huge amount being incurred in burying the dead to the fierce competition among service providers in the undertaking business.

According to him, some even go the extra mile of embarking on massive renovation of their family houses, all in the name of giving the dead a befitting burial and satisfy the tradition.

Odudu said it might be difficult to regulate such practice since no section of the nation’s constitution stipulated specific amount to be expended on funerals.

A Public Affairs Analyst, Mr Moses Abayomi, who also spoke on the issue, lamented that most families usually spent huge sums of money on burials, possibly to show off or follow the dictates of tradition.

“A situation where the extended family of the deceased, including those from their maternal homes, slams all manner of bills on the immediate family of the dead cannot be said to be normal.

“Apart from engaging the services of undertakers, caterers and live bands, expensive gift items are equally served attendees. All these help in sky-rocketing the cost of funerals,” he said.

Contributing, Pastor Busari Ajiboye of Hopeland Christian Ministry, said the culture of caring for the dead more than the living is a practice capable of impoverishing the bereaved families.

“It is a bad culture that brings colossal loss to the bereaved family and this should be condemned by all and sundry. Sad enough, this is done at the expense of caring for the sick, especially the aged.

“The truth is embalming isn’t required at all. No law requires anybody to be embalmed and, most times, refrigeration is enough to keep a body in good condition, pending burial,’’ she said.