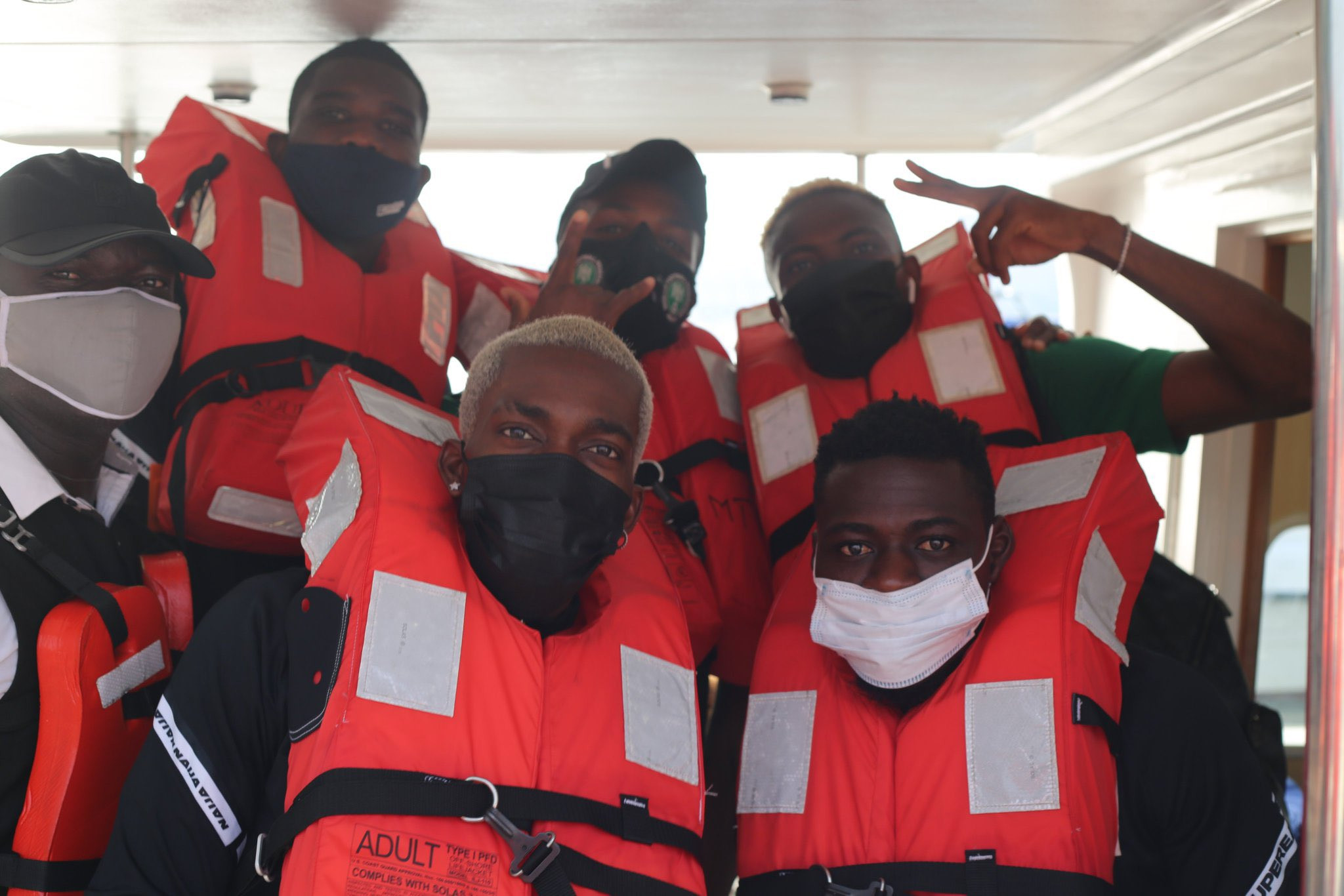 The Super Eagles have embarked on a boat trip to Porto Novo, Benin Republic ahead of their 2022 Africa Cup of Nations qualifying game on Saturday, March 27.

You would recall that after much debate and consideration amongst the NFF officials, citing security issues and time distance, the Federation have agreed to use boat instead of air or road transport to go to Benin.

The boat travel finally occurred today ahead of Saturday’s clash at the Charles de Gaulle Stadium in Benin.

Earlier this month, the President of the Nigeria Football Federation Amaju Pinnick said “Going to Cotonou by boat, I do that all the time when we were going to inspect, we did it, there’s nothing wrong in exploring other forms of adventure in Nigeria.

“There’s nobody in Lagos that has not been to Ilashe or been to Tarkwa Bay, so it’s the same thing, so what’s the big deal?

“Look at the Lagos boat terminal, it’s one of the best in the world that I’ve seen, so why don’t we use all those things if we have them?

Watch video of the boat trip and see photos below:

Related Topics:afconsuper eagles
Up Next

Zulum Reveals Who To Blame For Boko Haram