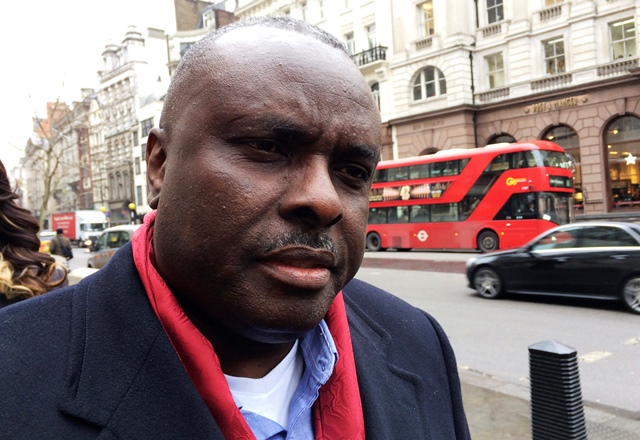 Against the background of the raucous debate over who should superintend over the £4.2 million recovered from Chief James Ibori, erstwhile governor of Delta State, Warri-based lawyer and civil rights activist, JESUTEGA ONOKPASA provides his solution on how the funds should be applied.

The controversy surrounding the £4.2 million of recovered Delta State funds recently returned to the country is most unnecessary and quite unfortunate. One would had expected that with its plate already full and spilling over with a myriad of existential challenges cutting across security, economy and unity, presently bedeviling and befuddling the Federation, an entirely pointless brouhaha over the said funds would be the least priority of the Federal Government at this time.

Given that it is not, and cannot be in dispute that the funds recovered from former Delta State Governor, Chief James Ibori, were looted from Delta and belong to the state, it is indeed most infuriating that an entirely contrived controversy has arisen as to whether or not they should be returned to the owner or effectively converted by the Federal Government on the basis of a purported agreement with a foreign power without the input of, or even reference to the rights of the real owner!

It is true the particulars of the Ibori loot veered into rather murky waters thanks to shenanigans on the part of the Governor Emmanuel Uduaghan administration, which even in the face of open and express admission, vide a guilty plea by Ibori, himself, continued to insist nothing was looted from the coffers of Delta State. Even more calamitous is the fact that a far more substantial sum of 15 million dollars remains yet to be returned to the state also thanks to this highly cabalistic approach to governance whereby the same Uduaghan administration rejected ownership of the funds with which Chief Ibori allegedly sought to compromise pioneer EFCC Chairman, Nuhu Ribadu.

Yet, this is precisely why we place reliance on law enforcement procedures and judicial proceedings to unveil the obscure and unmask the hidden. Thanks to the long arm of the law, these shenanigans have been exposed for what they truly are and the collective property of Deltans returned to our shores. Equity looks as done, that which ought to be done and even though it follows the law, its core utility resides in its ability to trump legal technicalities which might arise to obfuscate the substantive law or operate to frustrate the delivery of real justice.

Indeed, it is not envisaged in the contemplation of law, that one tier of government shall opportunistically seek to despoil another tier, neither is it a legal expectation that the federal tier should rob a federating unit of its entitlement or vice versa. It cannot be on the basis either of an obviously questionable repudiation by the Uduaghan administration or a shamefully inequitable negotiation between our central government and the British authorities, that the patrimony of the people of Delta State should be denied them by our own Federal Government!

These monies were looted from Delta State and it is most reprehensible that they should be applied to projects or causes outside Delta. Not even within the ethos of federalism, would I even concede the right of the Federal Government to deduct the cost of recovering the funds before the balance is returned to the owner, the Delta State Government. If we are all to belong to one united federation that has meaning for its constituent parts and is of impact to its federating units then it is to be expected of the center to be disposed to recovering looted funds and returning same to their owners without asking payment or compensation in return, more so when, law enforcement, the investigation of crimes and the conduct of international diplomacy and foreign relations are its exclusive preserve.

Objections to the return of these funds to the effect, as has been suggested in certain quarters, that the money would develop wings are entirely without basis in law as a justification for withholding them from Delta State, their true and rightful owner. In any case, there is actually a very clear and veritable demarcation between the administration that looted the funds, the administration which denied that funds were looted in the first place, and the present administration of current Delta State Governor, Senator Dr Ifeanyi Okowa.

Notwithstanding the quite garrulous misrepresentations of certain persons who had in the past claimed that James Ibori, almost in the fashion of the Almighty, made this, this, and that, that, some of us were also there at the time and know exactly how Governor Okowa, through thick and thin, even with the entire machinery of state marshalled against his ambition by his predecessor, nevertheless managed to secure the People’s Democratic Party, PDP, ticket for Delta back in 2015. Yes, Okowa is loyal to his party and respectful to his predecessors but no real politician in Delta State will tell you that Okowa is Ibori’s boy or was made by Ibori and the idea of lumping everyone together is most unfair and patently without basis in fact.

Quite instructively, Governor Okowa has canvassed the twin options of either returning the funds back to Delta State or at any rate, deploying them to projects within the state. If anyone out there had imagined the governor salivating at the prospects of misapplying the funds, his offer to the Federal Government to directly expend them on specific projects in the state puts a big lie to the veracity of such suspicions.

Nevertheless, I actually disagree with His Excellency as regards the second option. The remedy available to the center, where it fears the misappropriation of funds such as the recovered loot, is to rely on the law, (as it is and not as it would want it to be), to investigate and prosecute whomsoever is found culpable. Its remedy under the law does not, and, cannot extend to withholding the said sum from the Delta State Government, its legal owner, thus effectively stealing it, quite apart from breaching the extant constitutional order, even if it is going to be applying same to projects in Delta! It is certainly not the entitlement of government to break the law even for the purpose of upholding or enforcing it, much less upon the excuse of preventing someone else from breaking it!

Even though I’m much inclined to also align with Governor Okowa’s second option for reasons of expediency, what the law actually stipulates is for these funds to be returned to the Delta State Government who must then apply them, on its own, as a federating unit under the constitution, for the benefit of the people of Delta State from whom they were wrongfully stolen and to whom they rightfully belong.

These funds were looted from Delta State. Having thankfully been recovered, they should not now be effectively relooted by the Federal Government on the basis of rather shameful excuses that are not only patently unlawful, illegal and extrajudicial but also irretrievably repugnant to natural justice, equity and good conscience. Simply put, from Delta, the looted funds were taken and to Delta, the recovered funds must be returned.

The Access Bank Story: How Two Young Men Took A Dying Bank To The Top