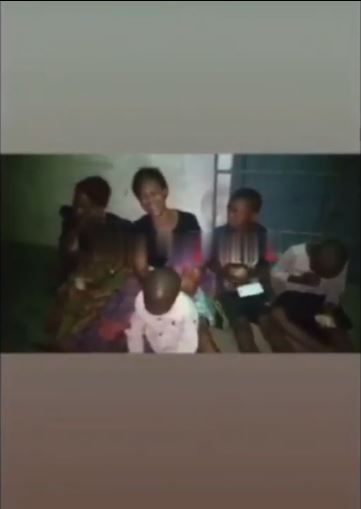 A widow and her children were allegedly thrown out of her husband’s house by her mother-in-law, a night before the burial of her late husband in Imo state.

In the video which has now gone viral, the woman was spotted asking if she did anything wrong marrying her late husband, Emeka.

The woman, who could not stop crying added that she is in her present predicament only because of marriage.

One of the children who were in confused state was seen consoling his mother as the mother in-law looked away like it’s a big deal.

Watch the video below: