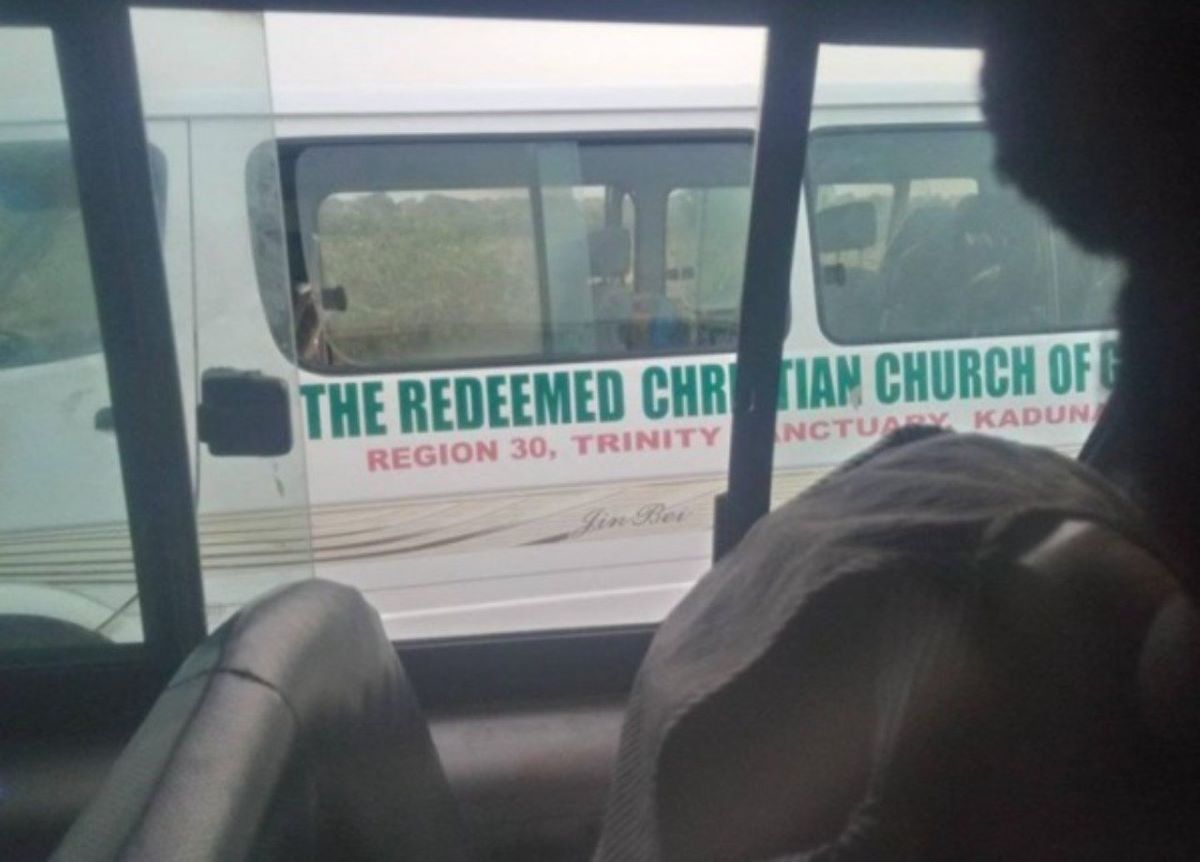 Eight members of the Redeemed Christian Church of God (RCCG) travelling on church activity were kidnapped on Friday multiple sources have disclosed. The victims said to be RCCG evangelists were travelling in a bus which was reportedly emptied by the bandits.

He, however, did not release further details on the identities and number of the victims.

The kidnappers as at last night were yet to make contact with the church or with the family of the victims.

An engineer, Mr Eje Kenny Faraday, who said he “narrowly escaped being a victim,” had broken the news on his Facebook wall with the photograph of the empty bus around 7.00 p.m. on Friday.

“All passengers in the bus are just kidnapped along Kachia Road, Km 63 from Kaduna,” he posted on his Facebook wall.

The inscription on the side of the bus the RCCG evangelists were travelling in before they were kidnapped reads, ‘The Redeemed Christian Church of God, Region 30, Trinity Sanctuary, Kaduna’. Mr Faraday, in reply to a commenters’ enquiry as to when the incident happened, wrote: “Today. Not long ago. I was almost a victim.”

Meanwhile, Senator Shehu Sani has condemned the abduction as he on Saturday bemoaned the growing state of insecurity in the state.

Commenting on the development, on a twitter posting, he said:

The report of the Kidnapping of RCCG members along Kachia road in Kaduna is yet another tragedy.Bandits have turned our state into their hub;B4 one kidnap is resolved,another one is unfolding.Humans have become preys.On entry you meet their snare,on exit you meet their ambush.

The development is coming against the background of the continuing abduction of 39 students of the Federal School of Forestry Management, Kaduna.

The students were abducted 15 days ago on March 12.

GreenWhiteGreen GWG had reported the death of Ibrahim Shamaki, the father of one of the abducted students, Fatima Ibrahim. He reportedly died from a heart attack following the abduction of his daughter.

Send Us A Press Statement Advertise With Us Contact

I Caught My Pregnant Wife In Bed With Her Lover, Cleric Tells Court