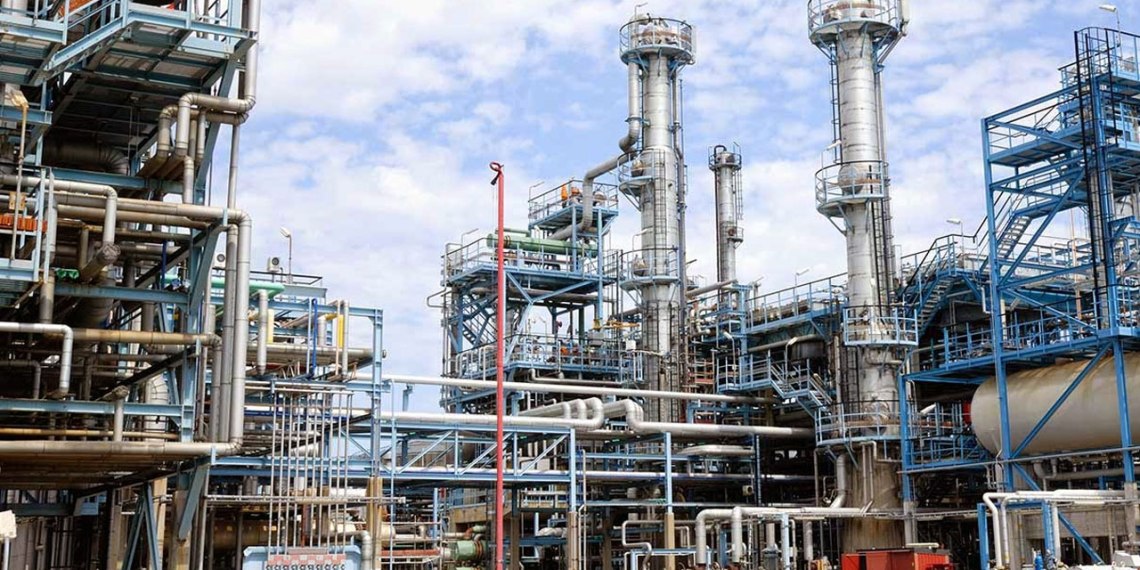 Since last week when the Federal Executive Council (FEC) approved the sum of $1.5bn for the rehabilitation of the Port Harcourt Refinery, all hell has been practically let loose.

Well-meaning Nigerians from all walks of life have been sharing their views on the issue and many of them have neither been complimentary nor supportive of the decision. A close analysis of the reactions so far shows that only the organized labour under the auspices of the Nigeria Labour Congress (NLC) and the Trade Union Congress and TUC) and a few others appear supportive of the move.

The media has been largely on the side of those who believe the rehabilitation is a waste of time and resources and has valiantly tried to sway the public in that direction.

A further scrutiny of the various tirades against the refinery rehabilitation project shows several strains of arguments. The first is that government and the Nigerian National Petroleum Corporation (NNPC) cannot be trusted to do a good job of the rehabilitation as they have failed over the years with the various Turn-Around Maintenance which gulped billions of dollars without getting the refineries closer to optimal functional state.

The second is that the refineries are too far gone on the path of dilapidation to be effectively rehabilitated, thus any amount spent on their repairs is a waste. A slight variant of this argument is that the world is on the cusp of moving away from fossil fuels which would make any investment in the rehabilitation of refineries a waste.

The third argument is that borrowing money at a time of dire economic constraints like this for fix the refineries would only dig the nation deeper into the debt trap. Yet another argument is that the $1.5bn approved for the rehabilitation could actually build a new refinery and that it is a waste to spend it on an old refinery.

There are two common threads that run through these arguments – sentiments and sensationalism. These are not new elements to any discourse on the refineries. Anyone who has been following developments in the refining sector would readily remember the loud protests that greeted the sale of the Port Harcourt Refinery by President Olusegun Obasanjo towards the end of his administration in 2007. The argument then, anchored on sentiments and propelled by sensationalism, was that our common patrimony was being sold to an individual. Ironically, most of those who were proponents of the return of the Port Harcourt Refinery to government ownership are the ones insisting now that it should be sold and not rehabilitated.

What could have been responsible for the change in position? It is possible to argue that the inability of NNPC to revamp the refinery since 2008 when the sale was reversed created disenchantment and loss of confidence in their ability to maintain and operate it profitably. But that is only one side of the story that presents a short-sighted view of the whole issue.

This is the foundation of the trust deficit that is driving the sentiments around the recently announced plan to rehabilitate the refinery.

But the situation today is not exactly the same as it was years ago in terms of government interference, transparency and accountability.

Putting the issue of government interference in perspective recently at an interactive session with journalists, the Group Managing Director of NNPC, Mallam Mele Kyari, stated that since he assumed duty, he has never been put under pressure by the President to do anything unethical. This is easily believable considering the way he has championed the transparency and accountability drive at the NNPC. It is only someone who has no skeleton in his cupboard and who is not under pressure to do wrong things that can go about opening up his books for public scrutiny the way the Mallam Kyari-led management is currently doing at the NNPC.

It is, therefore, safe to say that the NNPC of today is different from the NNPC of the past under which the refineries got to their current state. It would, therefore, not be right or fair to insist that the rehabilitation would miscarry and the fund approved for it go to waste on account of past experience.

The other argument that the refineries are too old and decrepit to be fixed is also warp logic. It is just like saying that a baby is too dirty and should be thrown away with the bath water.

It is nothing but foolish sentiment to reason that way about a national asset like a refinery, which if properly managed could help drive the nation out of the current catch-22 situation where the economy is adversely affected whichever way the price of crude oil turns. It is no news that the nation is sometimes worse affected by high crude oil price as it has to import petroleum products at higher prices.

The only hope of reversing that is to have a robust local refining base which can only be achieved soonest by rehabilitating the refineries. There is nothing wrong with building new ones as some have argued. But there are two things involved – time and money.

Nigeria currently does not have either as it needs to act urgently to exit the catch-22 situation it finds itself. Under the circumstances, fixing what it has appears to be to most attractive option. It is also not true that the $1.5bn approved for the rehabilitation can get Nigeria a new refinery. If in doubt, go and ask Dangote who is currently building one in the country.

The most seductive of all the arguments that have been proffered against the rehabilitation of the Port Harcourt refinery is that which has to do with the global gravitation towards renewable energy. This was essentially the argument put up by the erudite Professor Pat Utomi that since the world is going renewable with a foreseeable end for the fossil fuel age, investing $1.5bn in the rehabilitation of a refinery is a waste.

As sound as this argument looks, it does not take cognizance of the fact that the situation in Nigeria, and indeed the entire sub-Sahara Africa, is a little different from the global scenario. Indeed, while the developed world is moving rapidly towards renewable energy, there is little or nothing on ground in sub-Sahara Africa that indicates that it is in that race.

This reality was captured by the International Energy Agency (IEA) Outlook 2019 which predicted that demand for fossil fuels will grow in Africa by 45%. The report also showed that fossil fuels would make up 60% of the African continent’s energy mix in the next 40 years. If in doubt, look up the IEA report at: https://www.iea.org/reports/africa-energy-outlook-2019.

With such a projected huge market for fossil fuels on the continent, it cannot be a pragmatic step for Nigeria to abandon its refineries as is suggested by the pseudo-experts. Rather, the pragmatic step would be to position the country to take advantage of that situation by revamping its refineries to play a major role in that market.

The other argument being floated against the refinery rehabilitation is that borrowing money at a time of dire economic constraints like this to fix the refineries would only dig the nation deeper into the debt trap.

This happens to be one of the many areas in which the current rehabilitation project is different from all previous attempts. Borrowing money comes with a responsibility, especially when the lending body a bank.

You must be able to prove that the project for which you need the loan can generate enough money to pay back the loan.

Besides this, the other advantage of external financing like the Afreximbank loan is that it will remove opacity and force efficiency that could make the refinery perform well enough to repay the loan. This tends to obviate the chance of the loan becoming a burden that coud get the nation stuck in a debt trap as canvassed by critics.

But the most compelling argument for the rehabilitation of the Port Harcourt Refinery at this time, which most of the experts have refused to see, is the need for an alternative to the upcoming Dangote Refinery.

As good as the news of the Dangote Refinery sounds to the ear, it must be noted that it is a private sector refinery and that the owner is in business to make money. This imposes a greater responsibility on the Nigerian government to ensure that it does not create a private sector monopoly that could take advantage of the citizens.

The immediate answer to this is to fix the Port Harcourt Refinery which is the largest of the government-owned refineries at 210,000 barrels per stream day capacity. It may not be as big as the Dangote Refinery, but it could go a long way in mitigating its monopolistic tendency.

It is just like what the NNPC Retail is doing in the downstream sector. It may not have as many outlets as the major and independent marketers put together. But its presence in the sector helps moderate their excesses. If there were no NNPC Retail outlets, just imagine what the major and independent marketers would do with the price of petrol at times like this! Without a functional local alternative refinery, we may just be putting Nigeria and Nigerians at the mercy of Dangote!

Perhaps, the experts and critics have not thought about this. It may not be as a result of intellectual laziness. That is simply how sentiments work, it blinds even a genius to what is otherwise obvious to an ordinary man. There is, therefore, need to eschew the sentiments and sensationalism and embrace the wisdom in the Port Harcourt Refine rehabilitation project.