Why Some Entertainers Conceal Their Ages, Gospel Artiste Reveals 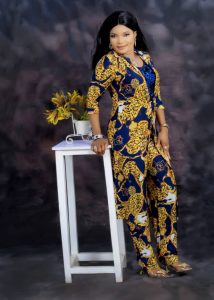 She spoke with the News Agency of Nigeria (NAN) at the end of her birthday celebration organised by her friends and colleagues in Lagos.

According to the singer, who is also a professional dancer and movie actor, revealing artists’ ages may affect their entertainment jobs positively or negatively.

“Most celebrities will not publicise their real ages on the media because it may restrict them to a particular job or contract.

“As an artiste, a celebrity or an entertainer, you don’t need to expose your age anyhow because it affects jobs sometimes.

“The fact is that some look younger than their real ages while some look older. Some just look their age and entertainment has a lot to do with age.

“I mean, most jobs do have age bracket, so for us artists, we don’t really have a particular age. Someone like me, my age is deceitful.

“I can go for different age briefs. Sometimes, in disguise, I go for older age contracts while at most times, I go for younger age jobs.

“Eventually, if my real age brief comes, better for me, I’ll joyfully jump in because I had not publicised my real age in the media,” she said.

Nwosuchukwu, who is set to release her new album in May, titled “Zion Praise”, said celebrities should not be crucified for concealing their ages as it was “a thing of choice”.

She, however, condemned the habit of some celebrities, who share and claim contradicting dates of birth while trying to claim a particular age to sooth a specific contract.

“We know entertainers don’t have retirement age. Showbiz business is for all ages and revealing your age is not a requirement to be in the industry.

“The most important thing is to be good at what you do. Celebrities should be allowed to do their things without questions over their ages.

“Revealing your age doesn’t make you a better entertainer, same as concealing it. It’s a thing of choice.

“It is only sad when, as a celebrity, you tell the world a particular age at the beginning of your career and you suddenly reduce or increase your age after some years.

“Consistency is important as a celebrity; just focus on your art and try as much as possible to stay away from all types of scandals,” she added.

She said that most artistes who publicise their ages on the media do so to attract publicity for themselves.

“Celebrities should remain constant with whatever they decide concerning their ages; they should not contradict what they had earlier told the press,” she advised.