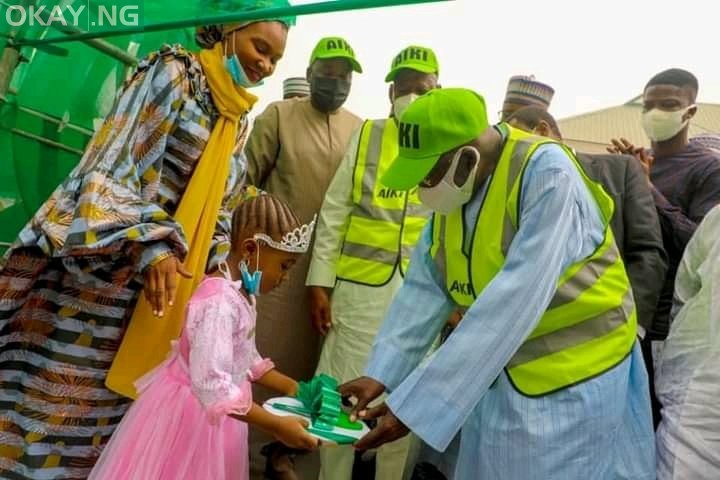 Eight days after Abdullahi Ganduje debunked the dollar bribery videos, Asiwaju Bola Ahmed Tinubu has praised him for his anti-corruption drive and efforts in promoting a corruption free country.

Tinubu, the national leader of the All Progressives Congress, APC, gave his approval of Ganduje and his government’s anti-corruption drive on Sunday while opening the offices of the Kano State Public Complaints and Anti-Corruption Commission.

Ganduje had been embroiled in a scandal in 2018 after videos portraying him as stuffing packs of dollars were leaked online.

The scandal led to an investigation by the Kano State House of Assembly which exonerated him. The governor went on to win a highly contested election.

GreenWhiteGreen GWG reports that Ganduje finally opened up on the issue in an interview with the BBC claiming that the videos were doctored and that the government would soon apprehend the authors of the videos.

Giving his own stamp of approval on Ganduje on Sunday, Tinubu hailed the Kano State governor for his efforts in fighting corruption with the new office building.

“This is a welcome development indeed and we salute the governor for this encouraging effort.

“In ensuring Nigeria becomes a member of a committed international  community that frees us from the burden of corruption this and similar edifices could play an important role in that.

“To a lot of us looking forward to a prosperous, corruption-free Nigeria and Africa today is dedicated to that objective,” he pointed out.

In his remark, Ganduje said that at the time his administration took over, the institution had achieved little.

He said that he appointed a very vibrant human rights activist, Muhuyi Rmin-Gado, to chair the agency.

“When he was appointed as the chairman, we made it very clear that there would be no interference in the activities of the agency and up till now we have not interfered in any of its activities,” the governor added.

He said that his administration would continue to support the anti-graft body for effective and efficient operations.

Tinubu also inspected some other projects being executed by the Ganduje led state government.