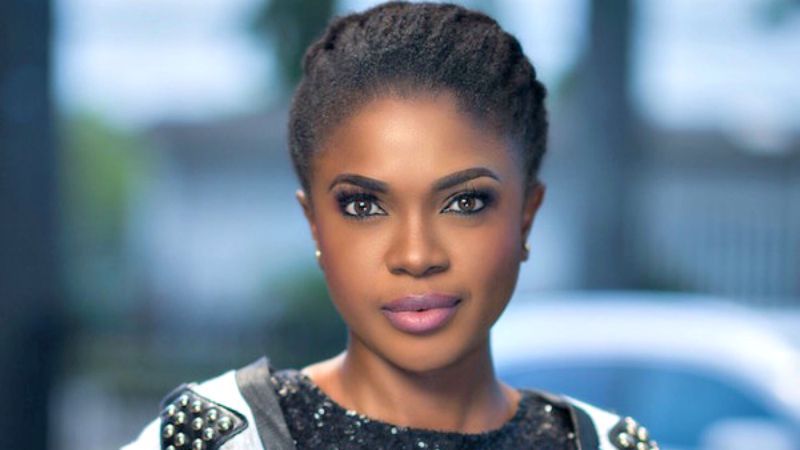 Omoni Oboli one of Nigeria’s leading movie stars and producers has raised a lamentation about being trapped in an abusive relationship.

Unarguably, one of the leading role models in marriage and family values in Nollywood, Ms. Oboli has in the past been praised over being one of the few successful Nollywood stars who have managed to stay out of controversy.

However, the lady who had in the past been reported to be happily married to Nnamdi Oboli, took to Twitter on Sunday to lament being in an abusive relationship. It was an announcement that immediately rivetted attention until the whole tweet was read in full and in proper context.

Her tweet immediately spurned several reactions with many understanding her predicament. Some also alluded to her foreign citizenship as an option to the distress in the land.

GreenWhiteGreen GWG gathered some of the reactions:

It’s so bad that when you are even away you long for the partner (Naija) more sometimes.

Change your citizenship and love her from afar, Life is too short to be abused

Same here mama. But you’ve got to keep tolerating her and doing the best you can for her, that’s love

Until it kills her. Ok ooo

Ma’am continue to love her

Just do the best you can for her mama

Break up. Your mental health first Rolling on the floor laughing

Cannada to the rescue!

Lol you that have Canadian citizenship ! You no even get problem

The fact that you love her mehnnnn…you strong

This is serious o!Walk away Winking face

Be patient with her. By his grace she will pull through.

Move back…Lol. Then you’ll end the relationship for good.

Break up with her n fine another love please

Take her to see a therapist……

If you have what you’re benefiting from it, continue.

Check yourself very well, u might be the problem in this relationship Smirking face

Oboli who is from Mosogar, in Delta State was born in Benin City, Edo State. She obtained a Second Class Upper Degree in Foreign Languages with specialty in French.

She subsequently entered the movie industry as an actress and moved the ladder making waves as a producer and director.

Omoni is also a fine script writer having to her credit, Wives On Strike as well as The Rivals, a movie she co-produced.

She is also the recipient of several awards and nominations.

Why Ruth Kadiri Threatened To Drag Her Colleagues