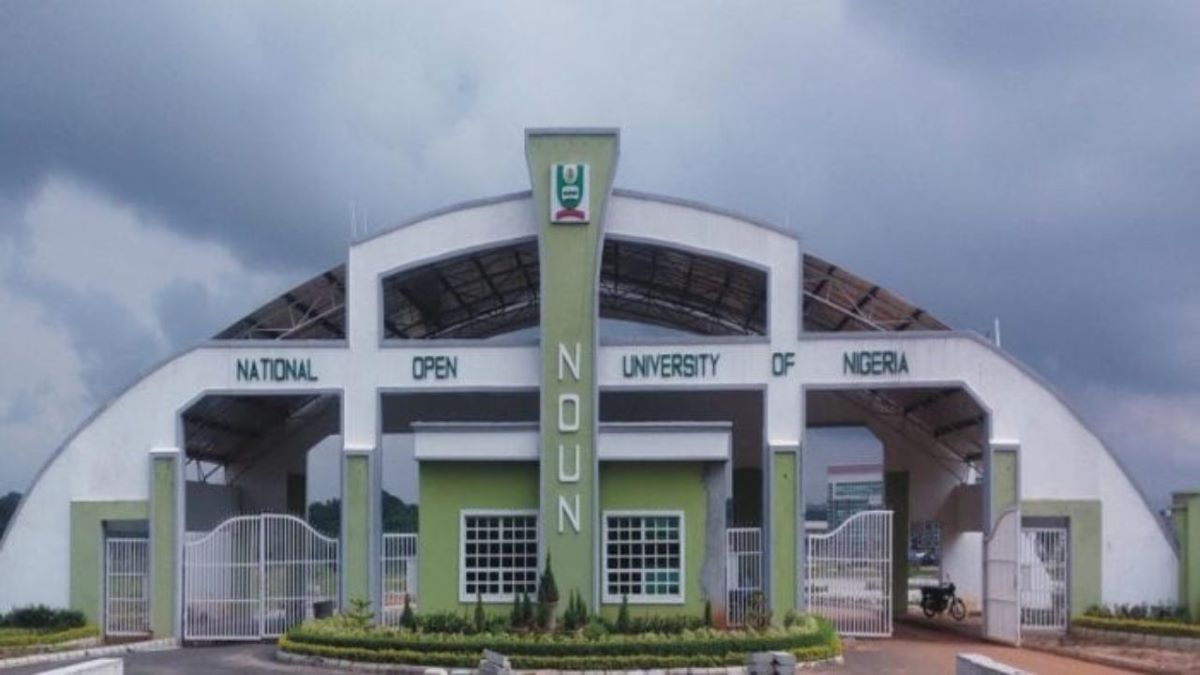 The decision of the National Open University of Nigeria (NOUN) to rake up N54.49 million from its law programme graduates for an orientation course prior to Law School raising eyebrows among the graduates and stakeholders.

The issue stems from a recent decision of the Council of Legal Education (CLE) to offer admission to the NOUN law graduates for Bar Part 1, which majority of the law graduates consider unsanitary, illegal, and unlawful, being that such remedial programmes are reserved for law graduates of foreign universities where they are taken through the general and aggregate principles of Nigerian Legal System and Jurispridence.

Problem started since 2015, after the successful completion of the law programme offered by the NOUN, which is in line with prescribed courses accredited by the National Universities Commission (NUC), being the sole accrediting body for programmes run by universities in the country.

It was gathered that after the NOUN graduated its first set of students, the CLE denied admission to them, claiming they graduated through a part-time programme which they had outlawed.

It, however, took strident backward and forth efforts of the NOUN management and law graduates to prove that the university never ran its law programme on part-time basis, but on ICT-propelled Open and Distance Learning programme, which is now the new normal globally due to the debilitating effect of Covid-19.

Even after the NOUN succeeded in getting its enabling law amended by the National Assembly and assented to by President Muhammadu Buhari two years ago, CLE dismissed NOUN academic programme in law as unsatisfactory and awarded Bar Part 1 to its graduates expected to take off early next month.

This was the crux that pitched the law graduates against themselves, with one group accepting Hook line and sinker any condition set by the CLE in as much as it will lead them to being called to the Bar and the other group questioning why they should be sbjected to such “cruel” process especially as students of the NOUN had distinguished themselves as national, continental and global beaters in Moot Court competitions.

The recent approval by CLE which was communicated to the NOUN via a letter by the Secretary of CLE and Director of Administration titled “Application for Special Remedial Course for NOUN Graduates” opened up fresh debates on the matter.

From available information, the details of 1876 law graduates of the NOUN had been uploaded on CLE portal preparatory for permitting them to apply for the programme as from Monday, 29th March.

But, while the contending issues on why CLE must subject law graduates of a duly-accredited Nigerian University remains debatable, the issue of asking those already distressed graduates to pay N30,000 each for a purported orientation/dinner to be organised by NOUN management has made tongues begin to wag.

For example, several students have used the several networking platforms they created to question why NOUN should organise orientation for its graduates who they had handed certificates to.

For instance, they are asking if they are still regarded as students of NOUN?

Also, they are asking to be explained the relevance of such orientation; whether it to spell out the code of conduct at the Law School which could have been done by the later after they have been offered admission.

They also queried the rationale behind organising a dinner especially at a time the Muslims in their midst would have started observing their Ramadan fast period, and the value such orientation would add to graduates many of who already possess multiple degrees in several academic disciplines and are even university lecturers?

There are also issues of the accountability, given that the money to be contributed is not formal and does not apply to any prescribed fee in the university.

Another school of thought say that the orientation is being organised by the CLE, who have looked at the legal and other ramifications of subjecting law graduates of Nigerian universities to Bar Part 1.

In this respect, CLE was said to have decided to change the nomenclature from Bar Part 1 to Remedial Programme, specifically targeted at NOUN law graduates as stipulated in an undated, unsigned circular it sent to the Vice-Chancellor of the NOUN.

It was the contention that the CLE planned to organise a week-long orientation for the prospective students of the Law School as a prelude to the remedial programme.

Notwithstanding, the issue of accountability was raised as such was also not part of the NLS or CLE prescribed internally-generated revenue head.

Also, tongues are wagging on why they decided to organise such orientation for people who are yet to be admitted to the Law School and why the rush in doing so without even any notice to the affected law graduates, majority of who are not resident in Abuja (some are even residing abroad).

NUC Approves Upgrade Of Three Institutions To Universities In Delta