Why Many Nigerian Leaders Achieve Little In Office – Ex-Power Minister 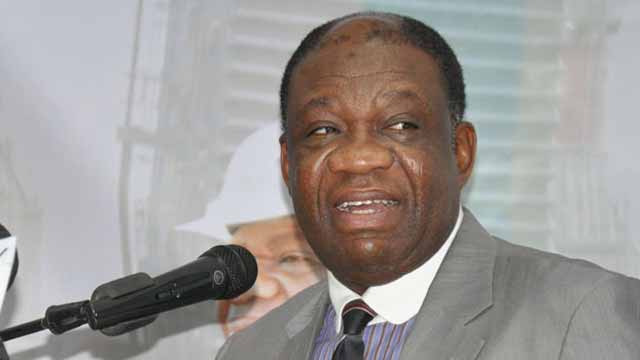 Onetime Minister of Power, Prof. Chinedu Nebo, has said that most Nigerian leaders achieve very little while in office because they were products of bad followership.

Nebo made the observation while speaking at the Transformative Leadership Conference 2021 organised by the Global Initiative for Development and Care of Women and Youth (GIDCOWAY), held in Enugu on Monday.

Nebo, who was a minister between 2013 and 2015 and a former Vice-Chancellor of the University of Nigeria, Nsukka, noted that the lack of transformative leadership was a problem for the country.

According to Nebo, lack of visionary leadership and followership is why criticism is frowned at by public leaders in the country.

Nebo explained, “Transformative leadership involves the building of followers, not fans. Fans follow a leader sheepishly. True followers follow the vision and mission, first; and then the leadership.“So, as a transformative leader, you want to raise people who are people of the vision and mission of whatever organisation or society that you find yourself in.

“It is  not just people who would follow you, like most of our governors, presidents and local government chairmen who only have ‘Yes’ men all over the place.“At the end of the day, you find out that they have achieved very little and any little criticism is seen as disloyalty, disobedience or competition,” Nebo said.

Speaking during a panel session, the Special Adviser on Financial Matters to the Enugu State Governor, Mr Pascal Okolie, emphasised the need for integrity in financial leadership. Okolie, a former Accountant-General of the State, noted that he had never lobbied for any position throughout his civil service career.

“Integrity is what sells you out as a leader. For example, as an individual, I have never lobbied for any position throughout my 35 years career as a civil servant. Never,” he said.

Earlier the team leader of GIDCOWAY, Mrs Ngozi Eboh explained that the conference was “borne out of a desire to create mindset shift as regards to our general view of leadership.”“This conference also affords us the opportunity of celebrating one year of formally registering as a non-profit organisation,” she said.

The conference was also graced by the president of the Women’s International League for Peace and Freedom, Prof. Joy Onyesoh and the Director of the National Broadcast Academy, Federal Radio Corporation of Nigeria, Lagos, Mr Ken Ike Okere.

The conference also featured training on skills such as digital marketing and sales for the young people.