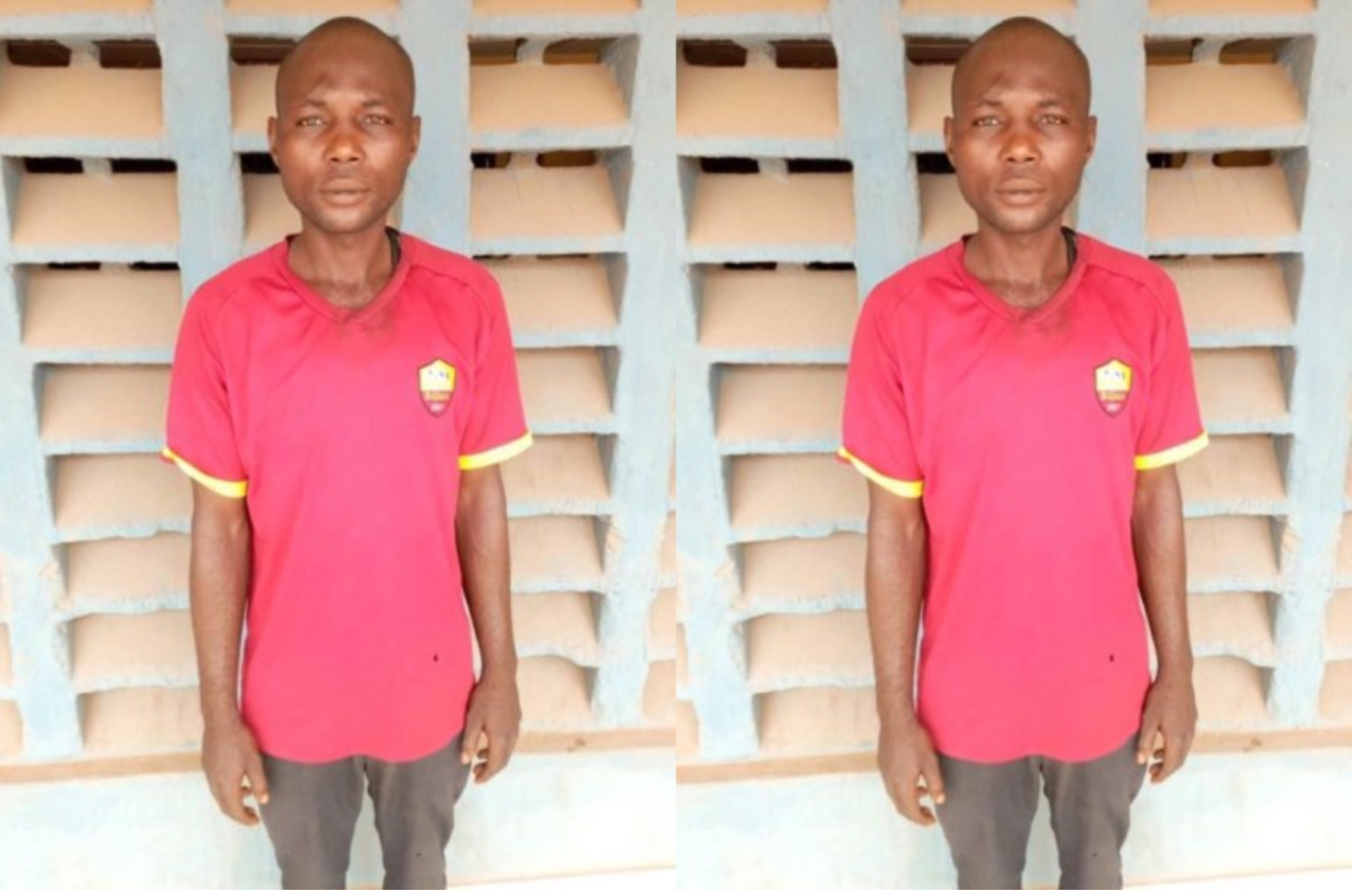 A Nigerian man has been nabbed by men of the Ogun State Police Command for defiling a 4-year-old girl.

This man is reportedly 25 years old and his name was given as Elisha James, with the girl being the daughter of his co-tenant.

He was actually caught red-handed by the mother of the child who reported him to the police. This was contained in a recent statement released by the spokesperson of the comm and, Abimbola Oyeyemi.

According to the statement, the suspect is a resident of Mokore road area of Warewa, and he was arrested on the March 29.

His arrest came after a complaint was lodged by the mother of the victim at the Warewa divisional headquarters.

According to the mother, she went out to spread some clothes she washed at about 7 pm, only for her to hear her 4 years old daughter crying in the room of the suspect.

The mother of the girl stated that when she entered the room, she met the suspect defiling her daughter, and upon his arrest, the man admitted to having committed the crime.

Giving his reason for committing such act, he claimed that he didn’t know what came over him.