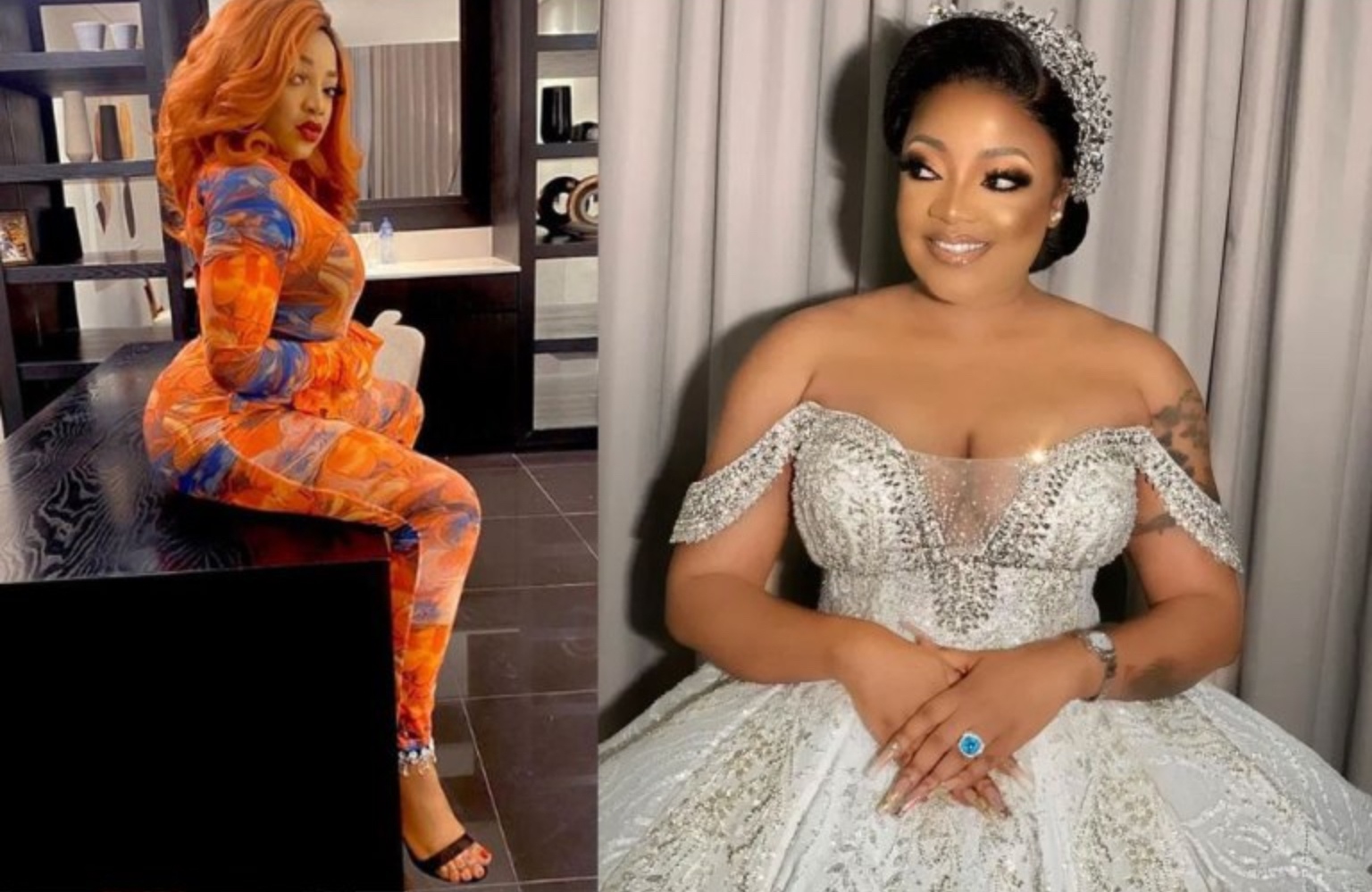 After sharing a video of her in stunning wedding gown hinting that she has married low key in March 2021, controversial Instagram blog, Gist Lovers have accused popular Nigerian actress, Sotayo Sobola of staging her wedding.

You would recall how Nigerians flooded Sotayo’s Instagram page with congratulatory messages following her video as people believed she has secretly tied the knot with her secret lover.

READ ALSO: “I Was Married At 20”-Don Jazzy Reveals

However, in a new development, it was gathered that Sotayo staged the fake wedding with the purpose of getting back at her ex-boyfriend, AY of London, who she was dating but their relationship hit the rocks after she became pregnant for him.

According to Gist Lover, AY of London allegedly denied the pregnancy which forced Sotayo to abort the baby and in her bid to cover her shame, Sotayo Sobola staged a wedding shoot to confuse people that she is married.

In this new post made by the blogger, although he did not emphatically mention her name, many Instagram users claimed he was referring to the actress, Sotayo Sobola.

Desperation is a weyery. How low, after aunty got preggy for uncle AY of London and that one deny belle, aunty go commot belle, na wetin cause fight be that, just to pepper AY aunty go buy ring, do wedding shoot just to confuse people, all of you tagging unkind of AY London to that make-believe marriage, una don jonz, no marriage anywhere, confusion everywhere, Ayo isn’t maried to aunty, clout, clout, clout, i come in peace.

likeeeee,even if you no want make we see your husband face,at least kuku snap it like Tianah make you wear mask for am

“I Was Married At 20”-Don Jazzy Reveals