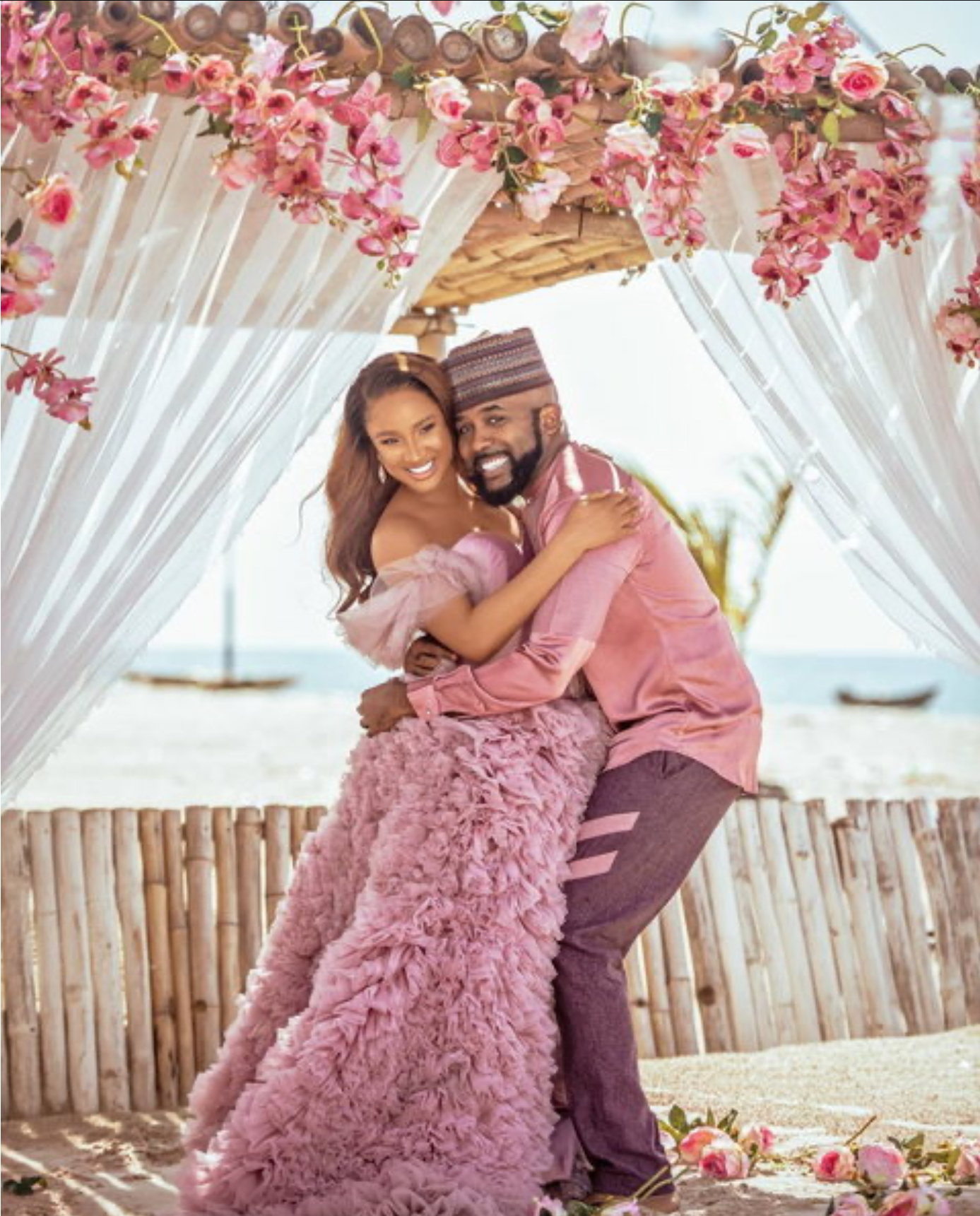 Actress Adesua Etomi and husband Banky W have revealed how they sadly lost their set of twins and the struggle they went through before having their son.

Adesua Etomi and Banky W who decided to share their testimony with others encouraged individuals going through the same that God is in control.

According to them, they lost their set of twins when Adesua was in her trimester as their heartbeat couldn’t be felt when they went to the hospital for regular medical checkups.

Etomi says she wailed after she got the news that her twins were no longer breathing.

Nigerian celebrity couple Banky W and Adesua Etomi have both recounted their experience after they lost their twins to miscarriage.

The music star and his award-winning actress wife made this known during an episode of The Waterbrook series.

“So we got pregnant and we got pregnant with twins. And we had gone for the scans, we had seen the heartbeats. At this point very few people knew what happened,” Adesua said.

Every report that you have heard was a lie because nobody knew what happened. So during a routine checkup, we went back to the hospital to have a scan and I just saw the doctor’s face…you know when something is wrong, sometimes you can tell.”

The movie star recounted how she collapsed immediately after she got home from the hospital.

“So I went home and I remember Banky not being at that time and I remember collapsing on the floor wailing. Wailing is different from crying, it’s like a deep groin in your chest. I’m sharing because many women go through this and nobody talks about it because it is almost like a thing of shame for whatever reason and I don’t know why,” she added.

“So we said we were going to pray over the weekend and go back for the scan on Tuesday or Monday can’t remember now, hoping that God would do something.”

Banky W goes on to narrate how the heartbeats of their twins not only stopped but started shrinking and how they lost the babies.

“Monday or Tuesday can and we went for the scan, not only did we not see heartbeats but the embryos were shrinking, they were decaying. When we found out we were losing them and we needed to do an evacuation, it was a very emotional time for her,” he said.

The couple talked about how they planned on adopting or even surrogacy at some point.

Etomi revealed how their family pastor told them to give it six months. This was followed by several dreams and visions of them carrying their baby.

Months after prayers, Adesua revealed that she found out that she was pregnant and all she said as she looked at the positive pregnancy stick was ”Olubankole God has done it.”

The couple welcomed their first child in early 2021.