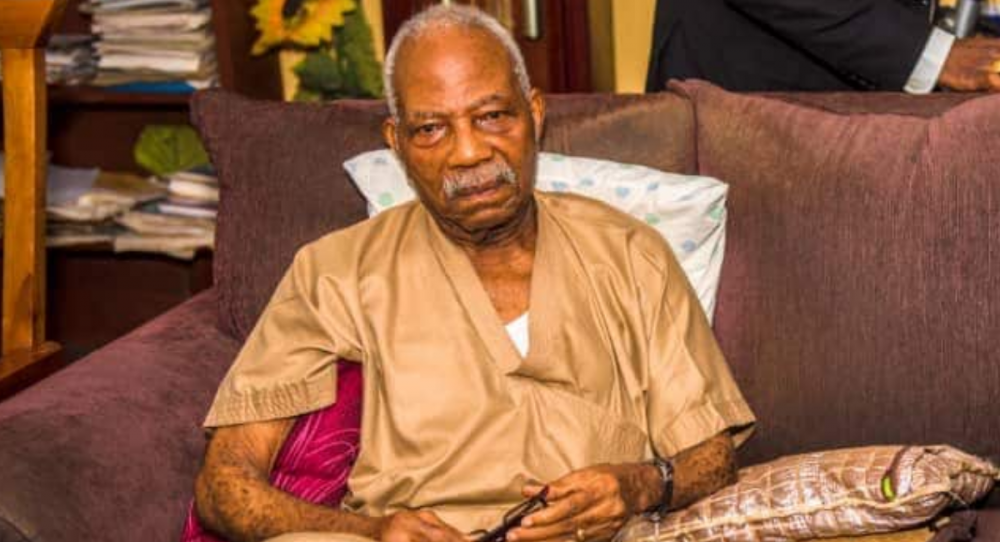 An Elder Statesman and former Leader of a socio-political group, Afenifere, Pa Reuben Fasoranti, has expressed support for the presidential ambition of the APC National Leader, Sen. Bola Tinubu.

Fasoranti stated this while receiving members of the South West Agenda for Asiwaju Bola Ahmed Tinubu (SWAGA 23), who paid him a courtesy visit in his country home in Akure.

“Tinubu has all it takes to rule Nigeria. Considering his activities and track record, he deserves to be President, come 2023.

“May his prayers be answered. When he gets there, he will do all we want,” he said.

According to the Afenifere leader, with Tinubu as president, all the prayers of Afenifere for Nigeria will be answered, particularly on the issue of restructuring and federalism.

Earlier, Prince Dayo Adeyeye the Chairman and Coordinator of SWAGA, said Yoruba must unite and speak with one voice, ahead of 2023 presidential race.

READ ALSO: How Davido Stole My Shine At An Event – Tunde Ednut

He urged the Yoruba not to divide its house ahead of the presidential election.

The former minister for works said that more than 50 traditional rulers across the six states of the South-West geopolitical zone had been visited for their royal blessings.

He added that presidency would be zoned to the South in 2023, which could be any zone, hence the need to quickly start the movement for Yoruba to unite.

“Tinubu has all it takes to rule the country, being a detribalised Nigerian who loves the masses and is blessed with enormous wisdom,” he said.

Adeyeye however, stated that the team was not sent by Tinubu, but that it decided to take up the role, having found the former Lagos governor worthy because of his leadership quality.

Many Fled When I Lost 2015 Election – Jonathan