Did Tinubu Use Odumakin To Outshine Obasanjo? 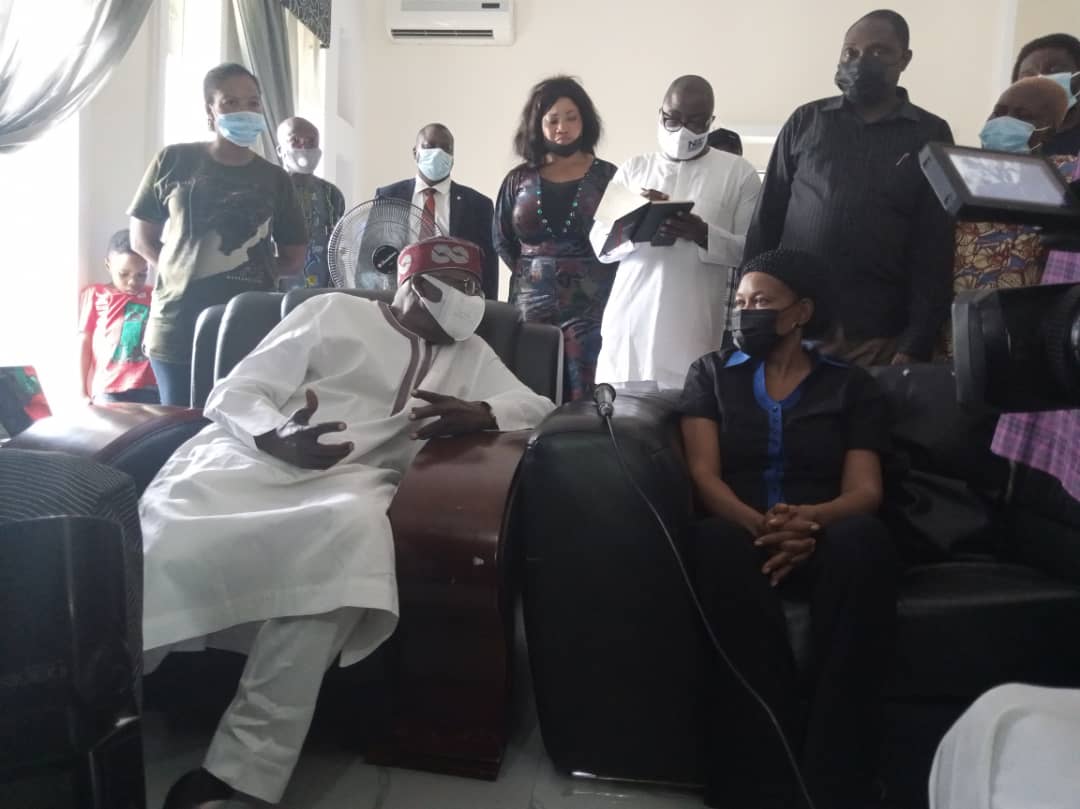 GreenWhiteGreen GWG reports that within hours of Kashamu’s death last August that President Obasanjo penned down a condolence message in which he blasted the deceased as a fugitive from the law.

“Senator Buruji Kashamu in his lifetime used the maneuver of law and politics to escape from facing justice on alleged criminal offence in Nigeria and outside Nigeria.

“But no legal, political, cultural, social, or even medical maneuver could stop the cold hand of death when the Creator of all of us decides that the time is up.

“May Allah forgive his sin and accept his soul into Aljanah, and may God grant his family and friends fortitude to bear the irreparable loss, ” Obasanjo wrote.

At some point, Obasanjo and Kashamu were political friends in the South-West region but the relationship fell apart when the former raised alarm over the alleged drug offences of Kashamu in the US.

However, Tinubu took a different course after the death of Odumakin who perhaps above any other person ridiculed the former Lagos State governor’s integrity and qualifications.

Odumakin had in 2018 written about Tinubu saying:

I can tell you authoritatively that the most dangerous and terrible tendency in Yoruba politics is the house of deceit that Tinubu represents.

Only those who have sold their souls will ignore this fact .

There has never been any such greedy bunch in our nation- not under “Demo” or even PDP.

However, after his death Tinubu penned a tribute where he eulogized Odumakin for his contributions to the struggle for democracy, which was unlike the harsh condolence Obasanjo sent on Kashamu’s death.

Tinubu followed up with a visit to the widow on Monday where he was also fulsome in his praises of the deceased rights activist, again drawing comparisons with Obasanjo.

Tinubu’s visit and eulogies was compared with Obasanjo’s assertions on Kashamu by a twitter user, who said:

Jigaban! Get Large Heart despite all the insult he still forgive and forgive Odumakin, unlike baba iyabo were rained cursed on death person Buruji kashamu

Other Nigerians who reacted to Tinubu’s visit to Dr. Okei-Odumakin thus:

Campaign don start be that ….

He did exactly for Funsho Williams that was in opposition and he killed. Let him cry at Odumakin burial, Tinubu will never be the president of Nigeria but someday soon in prison

Did Tinubu Use Odumakin To Outshine Obasanjo?

Politicians with double faces every where.

Jide of LagosEagleFlag of Nigeria

It’s time to exploit any tragedy, anyone killed I’ll pay condolence visits, in fact corn sellers are welkom to the streets now, time to start buying things like bole and kponmo, make dem think am one of dem.