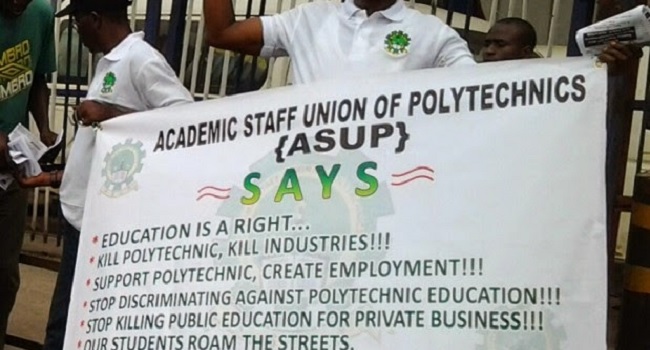 Academic Staff Union of Polytechnics (ASUP) has declared a strike, demanding the implementation of a new salary scheme for polytechnic lecturers.

According to the union, the industrial action kicks off on Tuesday, April 6th.

ASUP leaders made the strike declaration today after a meeting with Federal Government officials in Abuja.

Asides from the new salary scheme, the union is also demanding payment of salaries and promotion allowances owed lecturers by some state governments.

National President of ASUP, Anderson Ezeibe while insisting that strike will go on, however, noted that the union will be open for dialogue with the Federal Government to resolve the issues raised.