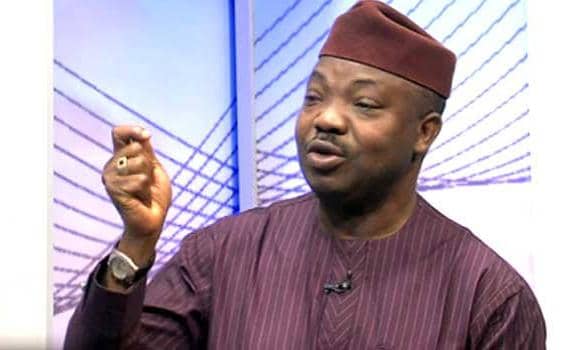 Edo-born politician and educationist, Ken Imansuangbon has lamented the death of civil rights activist, Yinka Odumakin, saying he was a nationalist and terror to totalitarian regimes.

Imansuangbon who described the death of Odumakin as a personal loss given their relationship from the University of Ife, he said that Odumakin was one who sought to project fairness and justice in the polity even at a great sacrifice to his person.

GreenWhiteGreen GWG reports that Odumakin who was the spokesman of Afenifere died last Friday following his recovery from COVID-19.

‘Writing a fitting tribute in the memory of my friend and brother, Yinka Odumakin, is no doubt a very big challenge especially as I have to overcome emotions of the years we spent together in thick and thin. His demise is a personal loss to me,’ Imansuangbon said in his statement.

‘Yinka was my school mate then in Great Ife (University of Ife). Our paths crossed as student unionists. He was the Public Relations Officer (PRO) at some point and I can remember vividly his fearless campaign during the Speech Night at the Sports Complex,” Imansuangbon noted in highlighting how his path crossed that of Odumakin.

‎’His speech, and that of one of our other contemporary, Panaf, was electrifying and robust. Even when Yinka’s presentation was calm, his words were deeply lacerating.

‘As the PRO of the Student Union Government (SUG), he was tough and rugged. He was generally loved and respected. His ideology about leadership was that of service. At Fajuyi Hall, he was the shining star and a role model for us. Himself, Biodun Owoniko, now SAN, were role models and they excelled academically too,” Imansuangbon said of Odumakin.

‘Like me, Yinka believed in the Nigerian nation where there would be equity, fairness and justice. As one who launched his opposition career from that position to challenge unjust status quo, often forming alliances with progressive movements of dissents with common purposes, he was a target of several suppressive regimes.

‘He was against the use of overt power for the structured suppression and subjugation of the common Nigerians. He was feared by Jackboot governments because of his liberating manifestoes and seductive ideals,” Imansuangbon said of Odumakin.

‘He challenged without fear state corruption and the alienation by the ruling elite. His clamour for civil liberties holds several lessons for us. He spoke against governments stifling the people to silence.

‘Yinka was a revolutionary leader and a nationalist. He took more than just passing interest in Nigerian’s fortunes. He never could watch idle while some individuals plunge the country into social and economic mire with harrowing effect. In fact, he spoke boldly on every national issue that was worth talking about.

‘He was a ruthless foe against the implacable mechanism of totalitarian regimes in Nigeria until his passing. He never for once ignored the antecedent history of his people who were subjected to Dictatorial Orders of unresponsive thoughts,’ Imansuangbon said of Odumakin.