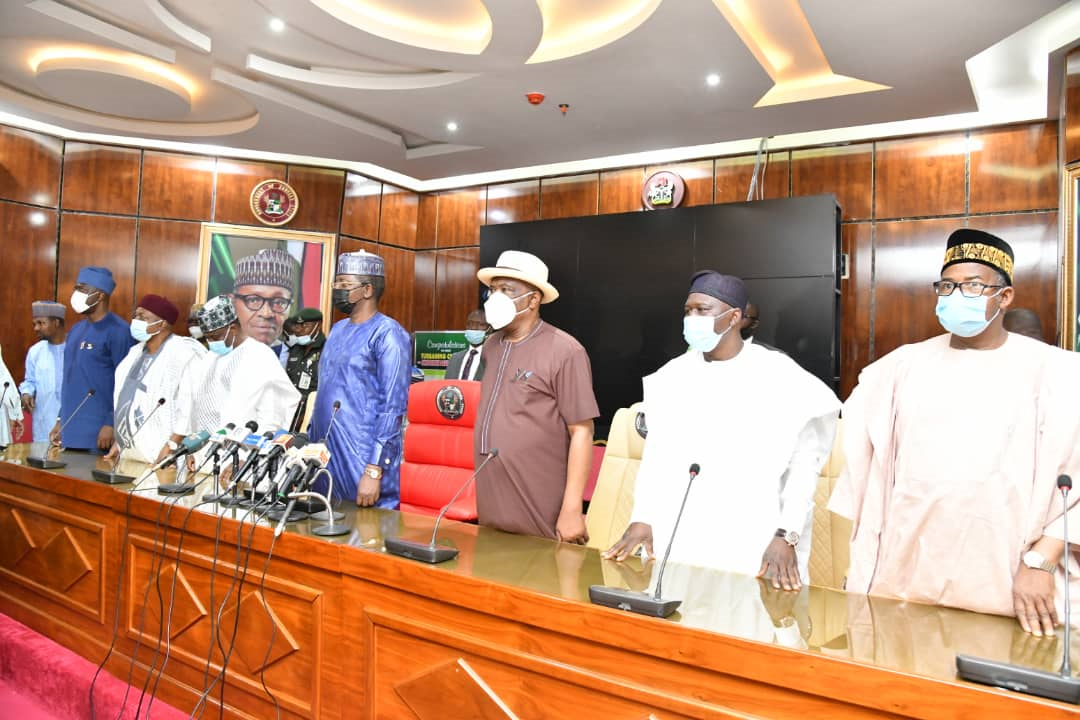 Amidst claims of the imminent defection of Governor Bello Matawalle of Zamfara State from the Peoples Democratic Party, PDP to the All Progressives Congress, APC, six PDP governors on Wednesday stormed Gusau, the Zamfara State capital.

The visit followed the Monday visit by three APC governors that had given fillip to the speculations of the imminent defection of the governor.

The PDP governors who came under the aegis of the PDP Governors’ Forum also donated N100 million to victims of the recent inferno that razed part of Tudun Wada Market in Gusau, Zamfara.

Governor Aminu Tambuwal of Sokoto and Chairman of the  forum made the announcement when he led  five other  PDP governors  to commiserate with government and people of Zamfara over the incident.

However, there was no inclination as to a discussion about the prospects of the Zamfara governor’s defection from the PDP to the APC during the public interface among the governors.

He described the inferno as an act of God, saying the visit by the forum  was arranged since  the incident  took place  but that circumstances  prevented them from making it then.

While announcing the  donation of N100 million to the traders, Tambuwal cautioned politicians against using the fire incident to advance their political interests .

Responding, Gov.  Bello Matawalle, thanked the PDP governors for the visit saying it was timely.

The News of Nigeria (NAN) reports that part of the Tudun Wada market in Gusau, was on Sunday, March 21, gutted by fire with over 60 shops destroyed.

The visit followed the Monday visit by three APC governors which immediately spurned speculations of the Zamfara governor’s defection from the PDP to the APC.

GreenWhiteGreen GWG had reported the visit of three APC governors led by Governor Mai-Mala Buni who is also the National Chairman of the Extraordinary Convention Committee of the APC, that also included Governors Abubakar Badaru of Jigawa and Atiku Bagudu of Kebbi.