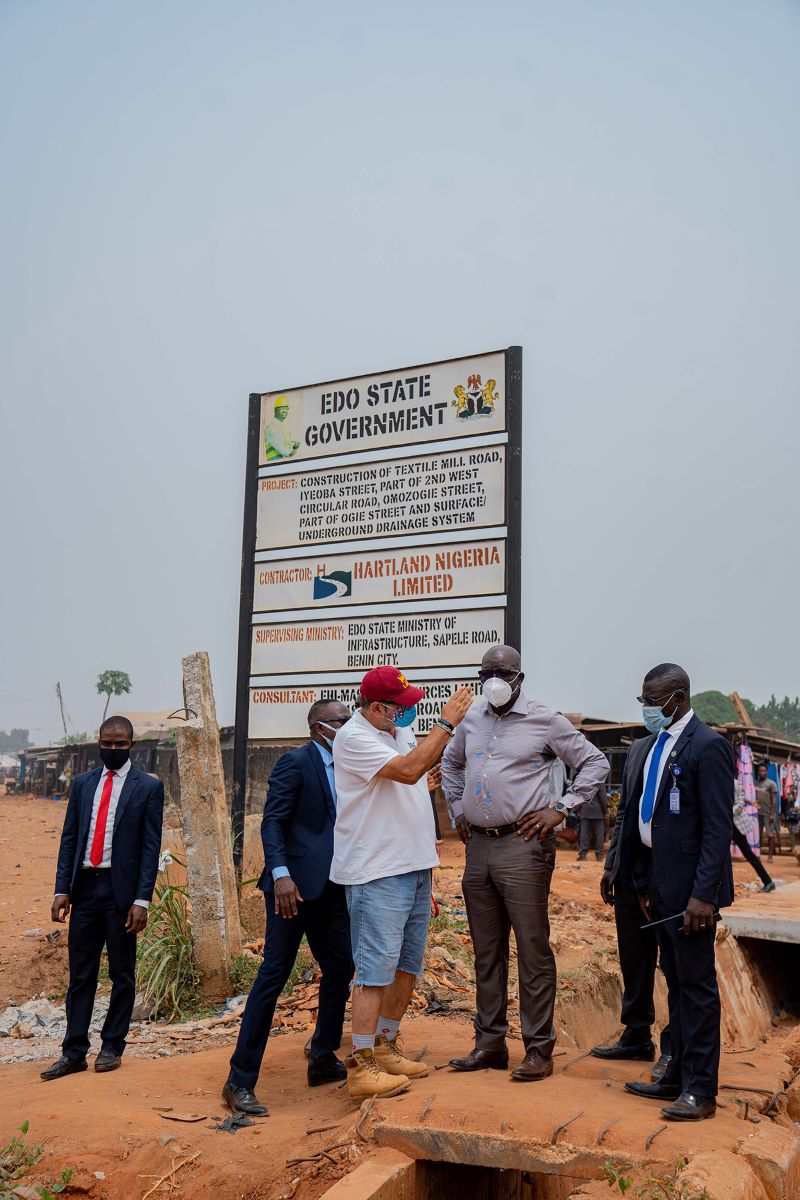 The Edo State Government has warned against any form of transaction, sales or construction activities on Godwin Omonuwa Estate in Upper Adesuwa College Road area of the GRA, Benin City as fresh issues sprout around the controversial Benin Stormwater project that has pitched Godwin Obaseki and elements of the Adams Oshiomhole administration.

In fresh issues arising, the government alleged that parts of land meant for the project were being sold out against a subsisting court process.

In a statement by Project Coordinator, Edo State Nigeria Erosion and Watershed Management Project, NEWMAP, Pharm. Tom Obaseki, the government noted that the whole area of land has been designated to be used in the Implementation of the on-going Stormwater alleviation works at the GRA area of Benin City.

The government further reassured its commitment to solving the perennial flooding that has made life unbearable for residents of Gapiona-Ugiokuen-Abuja Quarters and the larger part of the GRA.

The statement reads: “This is to bring to the attention of the General Public that the whole area of land known as Godwin Omonuwa Estate, Upper Adesuwa College Road area of the GRA has been designated by Edo State Government to be used in the Implementation of the on-going Stormwater alleviation works at the GRA area of Benin City. This information and fact is also fully known to the Godwin Omonuwa Family who have been in conversation with Edo State NEWMAP since the commencement of the project.

“The Government wishes to further draw the attention of the General Public to a subsisting law suit at the Federal High Court (Suit No: FHC/B/CS/111/2020) amongst several stakeholders, including members of the Godwin Omonuwa Family that restrains any form of transaction or sale activities on the said Land.

“This Public notice became necessary as the Government has recently observed some form of illegal construction and transaction activities on the above-mentioned landed area by unknown persons.

“The State Government hereby alerts the General public not to be deceived into buying any plot of land at the area known as Godwin Omonuwa Estate, Upper Adesuwa road, GRA as doing so is at the buyers risk. Government is resolved to use the said land in solving the perennial flooding that has made life unbearable for residents of Gapiona-Ugiokuen-Abuja Quarters and the larger part of the GRA over these years.”

The government charged buyers to “desist from having any transaction on the said land or carrying any form of development on the same Godwin Omonuwa Estate, situated at Upper Adesuwa road, GRA.”

GreenWhiteGreen GWG reports that Governor Obaseki had vowed to probe the project on the claim that funds appropriated for the Benin Stormwater project by the Oshiomhole administration did not reflect the work on ground.