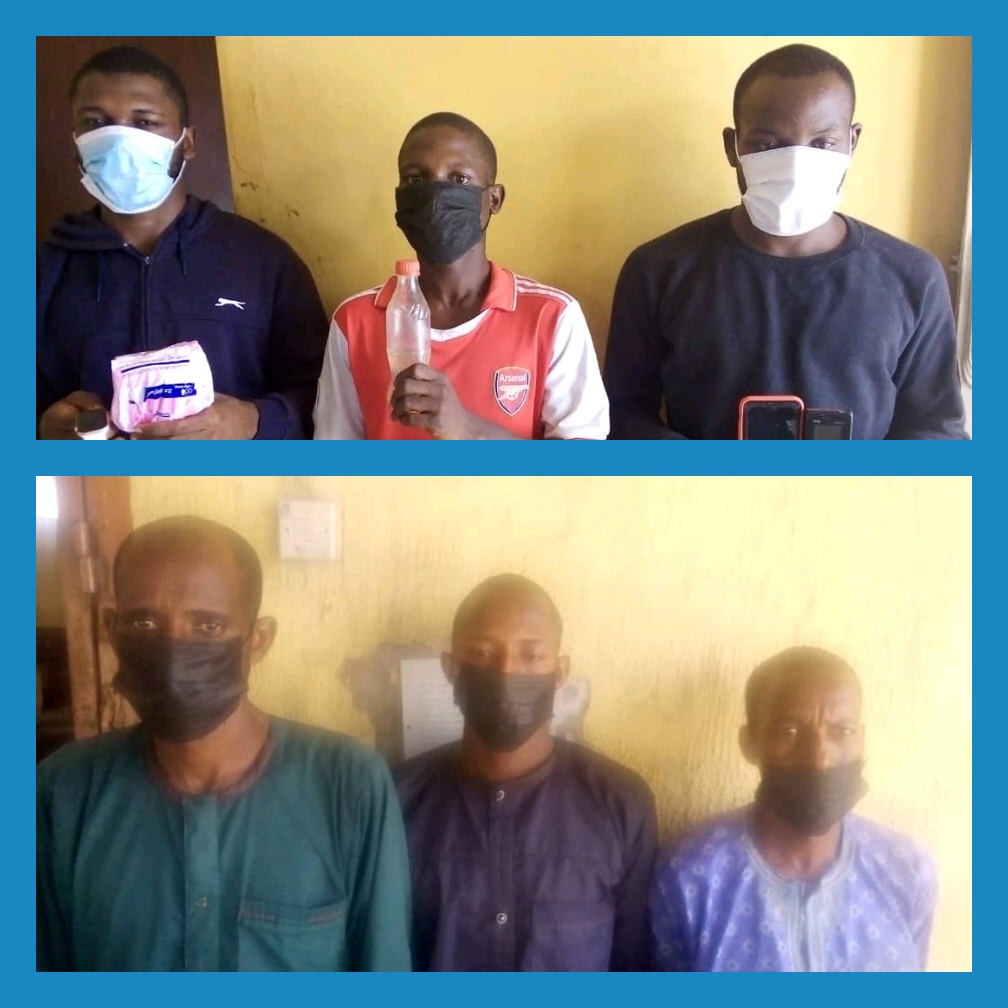 Amongst the suspects are: *one Yakubu Ahmadu 30years, Ibrahim Mallam Musa 25years and Bello Haruna 30years all-male* and members of the syndicate linked to the kidnap attempt on the Vice President of the Nigerian Bar Association Gwagwalada Branch *Barr. David Aigbefoh.* The suspects were arrested during a coordinated intelligence operation on Thursday 8th April,2021 by Police operatives from the Command’s Anti-Kidnapping Squad at Shengwu Mountain on the border of the FCT and Niger State. The suspects have provided useful information on the activities of their syndicate.

Relatedly, the Unit arrested members of other kidnap syndicates operating along Gwagwalada and Kabusa Village axis. The suspects are: *one Ibrahim Haruna 24years, Sylvester Obeyi 24years, Peter Odo Junior and Raymond Musa 26years all male.* They were identified by their victims and confessed to terrorizing these areas.

In another development, *one Nwite Jideofor ‘m’ 21years* was arrested for staging his own kidnap along Durumi axis. The suspect confessed to conniving with his ‘abductors’ to defraud his sister of the sum of Five-million-naira (N5,000,000) which he demanded as ransom.

Exhibits recovered from all the suspects are: three (3) dane guns, seven (7) cutlasses, one (1) black coloured Honda Accord, four (4) mobile phones and other items. Effort is underway to arrest other members of the syndicates at large .

All the suspects will be arraigned in court upon conclusion of investigation.
7. On this note, the Command urges residents particularly parents and guardians to prevail upon their wards to desist from engaging in any form of criminality.

Related Topics:FCT Police
Up Next