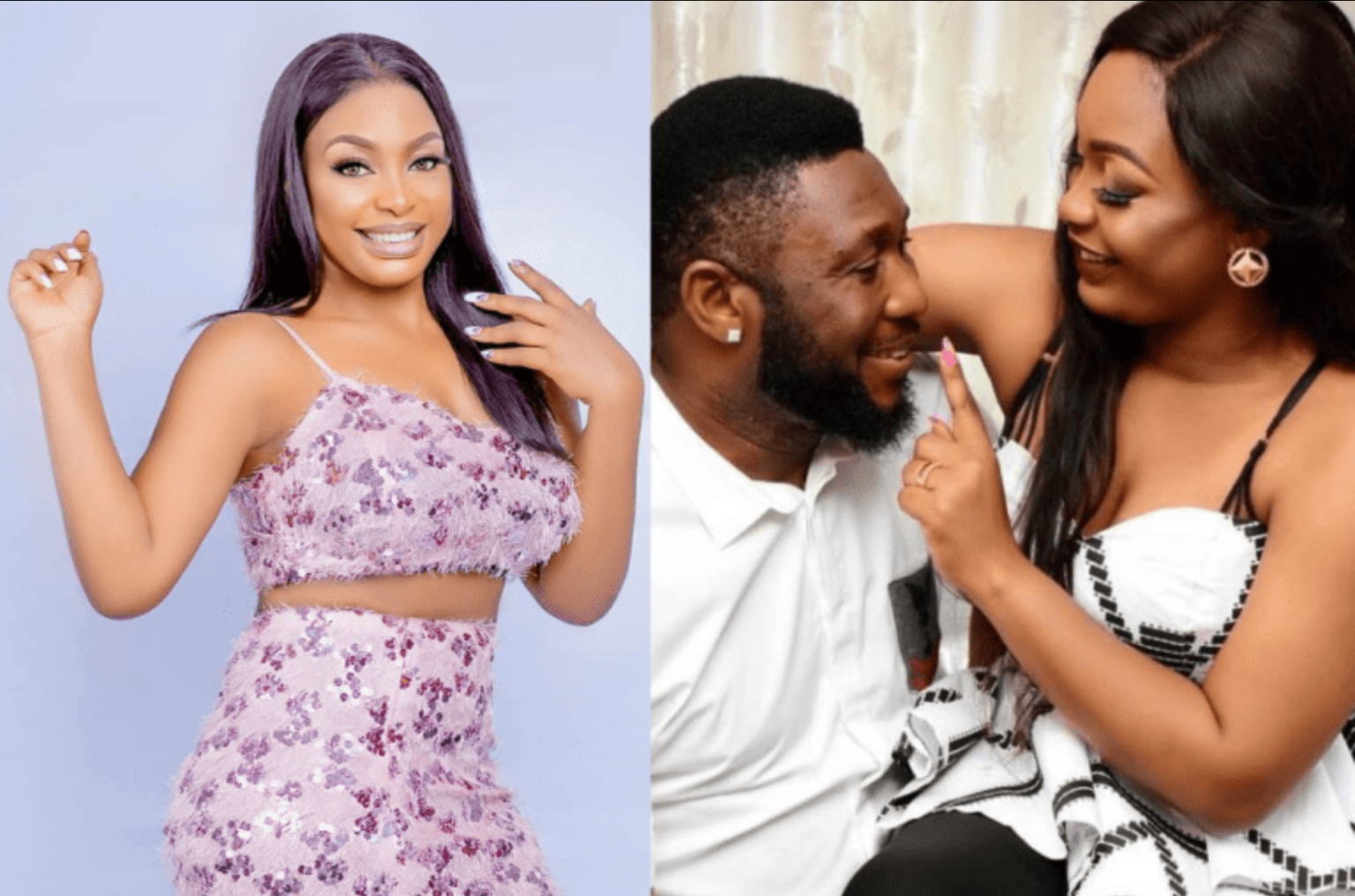 It appears the marriage of the two love birds actress Nuella and her husband Tchidi Chikere has hit the rocks as series of rumors and reactions from Nuella has caused a stir on social media.

A few months ago, blogger cutie Juls disclosed that the couples were having marital issues but keep hiding it from the public eye due to the circumstances leading to their marriage.

According to the blogger, Tchidi has turned his wife into a punching bag in their home. Cutie also disclosed how Nuella wanted to leave the marriage but didn’t muster the courage to do so. Cutie also disclosed months ago that Nuella paid a movie producer to cast her in a movie together with the ex-wife of Tchidi in order to make peace with her before leaving her marriage but the ex-wife rejected the role.

In a new development, Tchidi Chikere and his wife have unfollowed each other on Instagram after it was rumored that Tchidi has been abusing their daughter even when they traveled abroad.

Social media users have reacted to the ongoing brouhaha between Nuella and her husband. Some have suggested that Tchidi should seek medical help while some mocked Nuella over her predicament.

Gist_merchant: Any marriage built on another woman’s tears will surly end in tears too

Therealauch: E choke!!! You lose them how you get them

Jacinta: I wonder what people see in this Tchidi body, to the extent omosexy and Genevieve fight over him that year

Champion: Didn’t she steal the guy from his wife? Make she dey enjoy the guy like that now.