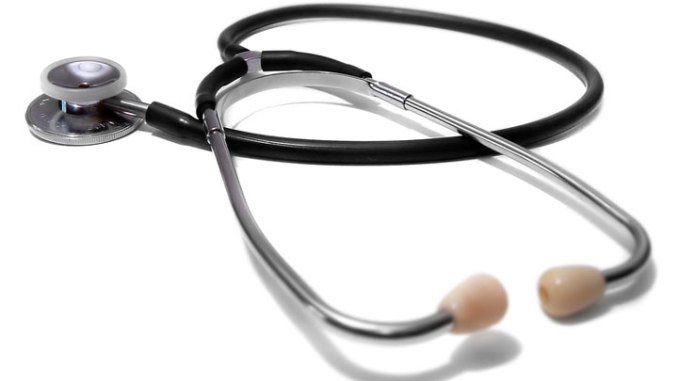 The Ogun State Police Command has confirmed the release of a doctor and a nurse abducted on April 7.

This was confirmed on Tuesday by the Police Public Relations Officer in the state, Abimbola Oyeyemi.

He however could not confirm if the family members of the victims paid ransom to secure the release of the health workers who regained their freedom in the early hours of today.

The doctor and nurse were identified as Oladunni Odetola and Mrs Bamgbose respectively.

Adetola, who is the head of General Hospital, Imeko, Imeko-Afon Local Government Area,  alongside the nurse Bamgbose were kidnapped on Wednesday last week on Abeokuta – Imeko road.

It was gathered that the gunmen had emerged from the bush at Olubo village and whisked away  their victims.

Their abductors subsequently demanded ₦20m ransom, a development which allegedly led to fundraising among the health workers in the state in order to secure the release of their colleagues.

Sequel to this, the State Chairman of NMA, Ogunlaja Oladayo also confirmed their release after about six days in captivity.

“Yes, they have been released early this morning,” he said.

When asked if the ransom was paid, Oladayo responded “I don’t have any information on that.”

Meanwhile, the medical doctors and nurses in Ogun State have announced the withdrawal of services in protest against the abduction of their colleagues.

The no-work protest takes effect from 12 midnight on Tuesday.

In a letter jointly addressed to the Commissioner of Health, Dr Tomi Coker, they accused the government of non-committal to securing the release of the abducted health workers.

The letter titled “Notification of Withdrawal of Service” was dated April 12, and jointly signed by the State NMA Chairman, Oladayo Ogunlaja and the State Chairman of NANNM, Roseline Solarin.

They described the kidnapping of the health workers as “disheartening, repugnant and unacceptable,” adding that that the government’s approach of “not negotiating with the kidnappers have left us to believe our lives and security is of no essence to this government.”

The leadership, therefore, declared withdrawal of service by the doctors and nurses, from all public health institutions in the state, effective from 12 midnight on Tuesday.

“The strike will continue until the safety of our members is guaranteed,” the leadership added.

The letter reads partly: “In the light of the above, it glaring that the safety of the Health workers is no longer guaranteed.

“The joint committee of NMA and NANNM resolved as follows: Lives of our members which the government cannot guarantee is sacrosanct.

“The Government has not shown enough commitment to the safe release of our incarcerated members.

“Immediate withdrawal of the services of our members from all institutions until the safety of our members is guaranteed, effective from 12 midnight, 13th April 2021.

“We hope that the government will make the security of lives and properties a matter of priority and see to it immediately.”