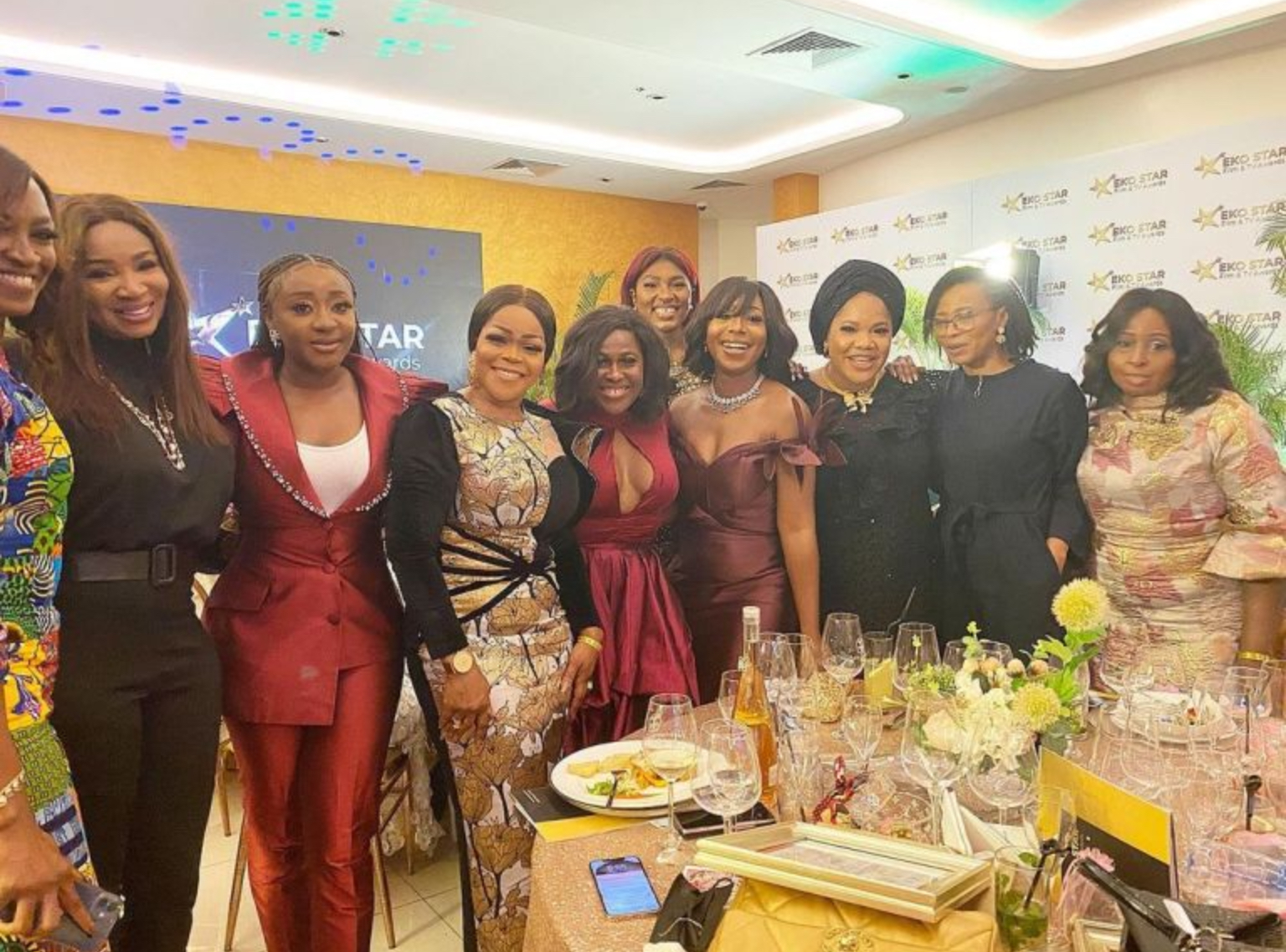 Nollywood actress Toyin Abraham took to her Instagram page to share a lovely group photo that was taken at the Eko Film and TV Awards.

The delectable actress who bagged two awards which she dedicated to her immediate sister, god mum, her husband and her manager posted one group picture she including all the awardees took on the day.

READ ALSO: Let’s Hold One Another With Grace – Toyin Abraham

She asked her fans to tag all the people in the photo she shared, she wrote; “Tag Us”

Her post garnered several interesting comments from both the awardees in the photo and her fans. Some of them took upon themselves to tag all those who were present in the photo. See some comments below;

@sharonooja wrote; “This line up can change a nation”

@nseikpeetim wrote; “As a prophetic somebody… #prophetess. That thing wey you been see… o’ le oooo”

@the.segunarinze wrote; “So much Power and Pedigree in one picture

God bless each of you for all you do!”

This comes hours after Nigerian actress and film producer Ruth Kadiri took to her Instagram page to dole out her displeasure after she was not recognized by the organizers of Eko Film and TV awards. She specifically lashed out media mogul Mo Abudu for overlooking her hard work. She wrote;

“I am a filmmaker. I am a woman. I am a hard-working woman. I have faced the struggles every woman/filmmaker has faced. Did my name at any point pop up yes, but because I do not belong to a click? Yet again, I have been overlooked will not be pressured. I will keep working hard. @lagosstategovt @moabudu @ijayonah @nifsummit thanks for overlooking me and congrats to everyone who got recognized.”

Related Topics:Toyin Abraham
Up Next