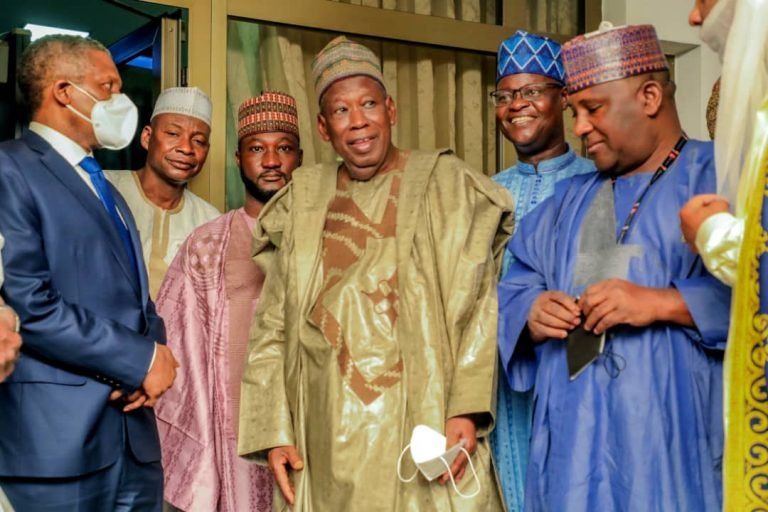 Governor Abdullahi Ganduje of Kano state has waded into the sugar war between Dangote Industries and BUA, two companies owned by two business moguls from the state.

The governor’s initiative aims to resolve the lingering conflict between the two prominent Kano indigenes, Aliko Dangote and Abdussamad Isyaka-Rabi’u over the establishment of a sugar plant by BUA.

A statement by Abba Anwar, the Chief Press Secretary to the governor on Thursday in Kano, said the reconciliation meeting took place on Wednesday in Abuja.

He said that Alhaji Aminu Dantata, Kano Emirate and the Kano State Council of Imams joined the governor in the reconciliation meeting.

GWG recalls that recently there were reports that Dangote complaints about the establishment of a sugar plant by BUA International Limited in the Port Harcourt free trade zone, saying it was out of tune with export laws.

Anwar said that after the meeting, Chairmen of both Dangote and BUA agreed to work together to supply enough sugar to satisfy the demand of the country.

According to him, the meeting put a stop to all rumours that the duo was in dispute over control of the sugar business in the country.

“They all dismissed allegations that Dangote was planning to see the increase of sugar price, thereby pressurising BUA to succumb to the increment. They described the allegation as baseless and lacking any iota of truth.

“The meeting was seen as the zenith of other similar efforts to reconcile the two giants by the governor. Alhaji Aminu Alhassan Dantata played the role of a father during the meeting,” Anwar said.

Present at the meeting to settle the sugar war were the Minister for Commerce, Trade and Investment, Mr Niyi Adebayo and representative of the Kano Emirate, Alhaji Aminu Dan-Agundi.

Others were Chairman of the Council of Kano Imams, Sheikh Muhammad Nasir-Adam, the Chief Imam of Sheikh Ahmadu Tijjani Friday Mosque, Kofar Mata, Kano and the Chairman of NEPZA, Adamu Panda.

All the two business moguls agreed to work together in unity for the growth and development of the nation.