Who Will Likely Replace Jose Mourinho As Tottenham Coach 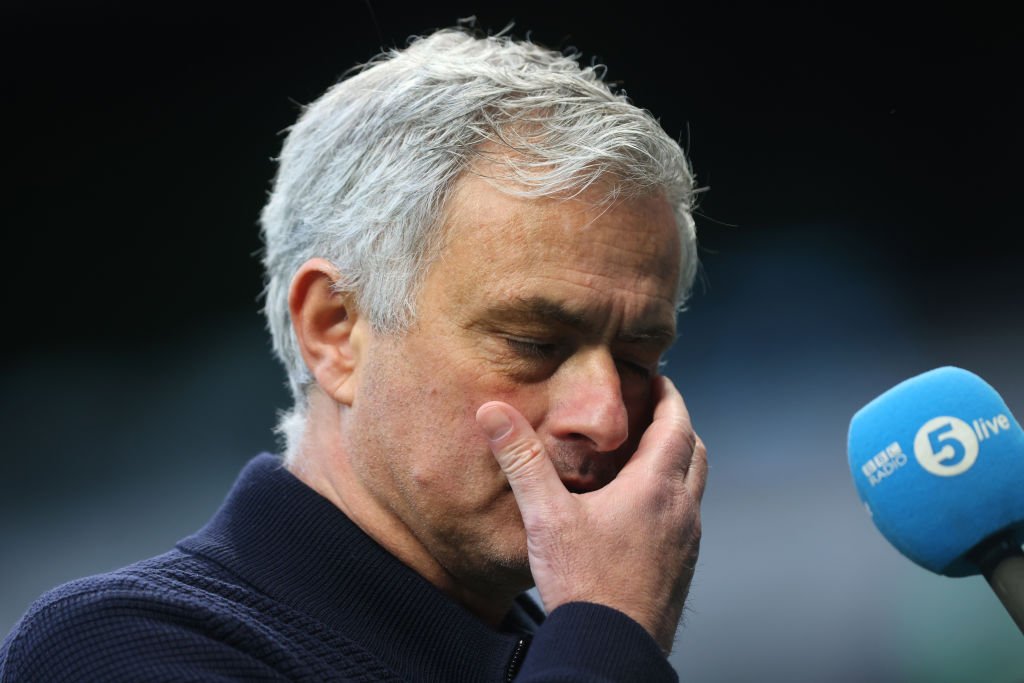 Veteran coach and winner Jose Mourinho has been sacked in the early hours of Monday morning by Tottenham HotSpurs after a string of bad results which had left them in 7th position on the English Premier League Table as well as their Europa League exit at the hands of Dinamo Zagreb. His last game in charge ended 2-2 against Everton last Friday.

In a statement, Spurs’ chairman Daniel Levy said:
“Jose and his coaching staff have been with us through some of our most challenging times as a Club. Jose is a true professional who showed enormous resilience during the pandemic.

“On a personal level I have enjoyed working with him and regret that things have not worked out as we both had envisaged. He will always be welcome here and we should like to thank him and his coaching staff for their contribution.”

The club’s former midfielder Ryan Mason along side Academy Head coach Chris Powell will take charge of the team till the end of the season.

With Spurs among Big Teams in Europe that are joining the European Super League, they will definitely be in need of a big manager who appeals to the Fan. These Five Coaches who might likely Replace Him :

The 33-year-old German is one of the most coveted Managers in World football right now. He is the early favorite to replace Mourinho and would be a popular choice with fans, the majority of whom never liked Mourinho. Nagelsmann has done an impressive job with RB Leipzig (including knocking Spurs out of European competition last season) and favors an attacking, exciting style of play.

A more experienced manager compared to Nagelsman, Rodgers has done a good job with Leicester City who currently sit 3rd on the EPL table and have an FA Cup final to look forward to. Rodgers deserves plenty of credit for that and is a coach who likes his teams to play flowing attacking football. However, he has a contract until 2025 and, even if Spurs want him, would he want to leave?

The Ajax Coach was Heavily linked to the job at Spurs during the reign of former Spurs manager Mauricio Pochettino’s . The Ajax coach has overseen a new bloom in Europe for Netherlands’ most famous club. Ten Hag isn’t new to Tottenham, as his young Ajax side were famously defeated by Spurs in the Champions League semi-finals by Lucas Moura’s winning goal in Amsterdam in 19/20 season. He is a coach who understands young players and plays one of the best team football styles in the World – a profile that is tempting to Spurs Fans.

Another Coach that would seem a good option to replacing Jose Mourinho. He has been in the EPL with Wolves for sometime now. They’ve done well since the manager took over, gaining promotion to the Premier League , causing upset against THE BIG 6, before gaining a place in the Europa League. If he signed as Manager, Spurs would have gotten a good coach who can attract the best of Portuguese players to the team.

The former Spurs player guided Fulham to promotion to the Premier League last season but is struggling to keep them in it. With only 100 matches as a first-team manager under his belt, appointing him to Spurs’ top job would be a big gamble. He is a very popular figure with Spurs and his team also plays fantastic football. He won Championship best Manager last Season.

Who should DANIEL Levy finally sign as Spurs new Manager ? Let’s have your comments below .