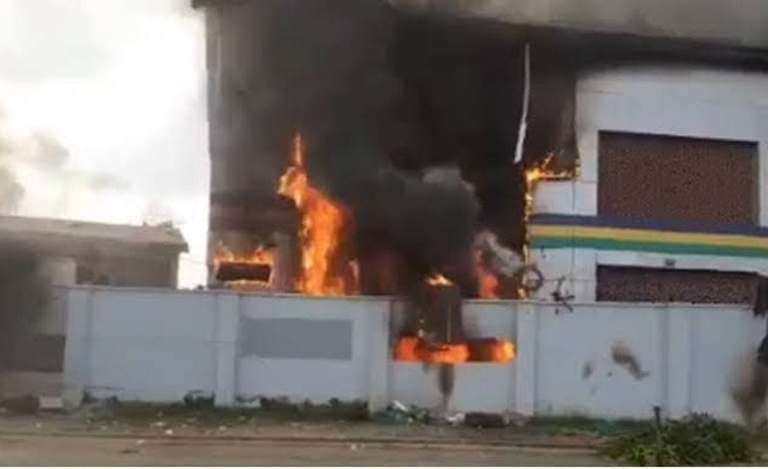 Mr Hassan Yahaya, the Commander, Nsukka Area Command, confirmed the incident to the News Agency of Nigeria (NAN) and said he was already in Adani to see things for himself.

“Yes, there was an attack on Adani police division on early Wednesday morning.

“I am there now to see things for myself, access level of destruction and know casualties,” he said.

A source from the area who pleaded anonymity told NAN in Nsukka on Wednesday that two police officers were killed and some others injured while the police division was razed down.

“We started hearing sporadic gunshots around 2.am on Wednesday morning which created fear and panic in the area.

“We don’t know who the gunmen were because the incident happened in the night.

“It is daybreak that we discovered that the attack is on Adani Police Division, two policemen were killed and some others injured as well as the station burnt,” he said.

Efforts by NAN to get further comment from Mr Daniel Ndukwe, the Police Public Relations Officer (PPRO) in Enugu State on the incident was unsuccessful as many phone calls to his mobile cellphone were neither picked nor returned.

Meanwhile, there has been series of attacks on security formations in the South East especially police commands in Anambra, Ebonyi and Imo States.

However, the attack on Divisional Police headquarters, Adani is the first to be recorded in Enugu State after the EndSARS last October.

Related Topics:Adani Police division
Up Next