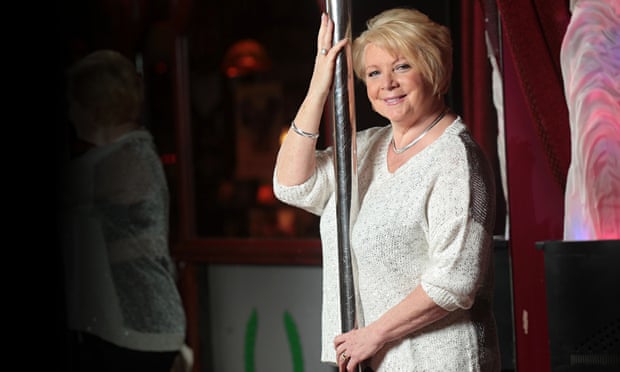 ‘A lady has shared the story of how she with the cooperation of her husband started an open marriage that has led her over the years to have slept with at least 3,000 men. In an interview with The Guardian’s Colin Drury, she said:

I am actually married. But neither of us puts sex on a pedestal. We see it for what it is: separate from love’

It was the night I slept with 14 men that I first started to try to work out how many partners I’ve been with. The truth is, I’m not sure. My conservative estimate is about 100 guys a year for more than three decades. I’m 63 now and I’ve slowed down a little – but only a little. Why do I do it? Having sex isn’t something I do for a living, but it is my passion. It’s the most enjoyable, exhilarating, satisfying way to spend your time. Some women like yoga, some like badminton. I like carnality.

I am actually married. Barry and I have been together since I was 15 – we wed when I was 19, have two grandchildren, and he’s my world. But neither of us puts sex on a pedestal. We see it for what it is: separate from love. It’s not natural to stick with one sexual partner for 60 years. Life is about experimenting and experiencing, and that’s what we do. Barry goes with other women. I don’t get jealous because I know he loves me. Until the age of 28, I’d only been with him and we had a terrific sex life, but one day he brought home a swingers’ magazine he’d picked up from a workmate. He sort of joked we should try it; I told him not to be daft, and he never mentioned it again.

“The night I slept with 14 men was at a swingers’ party. I remember driving there feeling almost uncontrollably lustful.”

But I kept looking at the mag and imagining how fun it might be. Eventually, I told him we should give it a go. He looked like a kid at Christmas. The first couple we met – through the listings in that magazine – were university lecturers in their 40s, and I still remember driving to their home that Friday. Barry stopped the car and said, “Are we sure about this?” We were so nervous, but we were also insanely excited. I said we’d try it once and see how it went. And it went… joyously.

As soon as we met them I was flirting with the guy. John was sophisticated and handsome, and over dinner, there was this intense chemistry. Afterwards, there were a few minutes when just he and I were in the living room, and I thought it was now or never so I kissed him, and that was that. By the time Barry came in with John’s wife, we were otherwise engaged. I remember looking at Barry’s face and seeing a big smile come over it; I knew everything would be fine, and that life had changed forever.

We became committed swingers, spending weekends meeting up with couples or going to parties to swap partners. Suddenly everything was exciting. You’d be at work, and you’d think about what you were up to that evening and it sent a shiver down your spine. Some couples – like John and his wife – would become close friends, even when the sex stopped. Others you’d see only once. The night I slept with 14 men was at a swingers’ party in Manchester. I remember driving there feeling almost uncontrollably lustful. The next day I felt achy, in that lovely way, like when you’ve been to the gym.

In 1997, we decided to open a swingers’ club in Sheffield. We were fed up with work and wanted to do something we were passionate about. It’s still thriving today. We never have sex during opening hours – it’s our business and we’re professional about it. But, of course, when the place shuts, we’ve got an entire club full of facilities – and an ever-growing circle of open-minded couples – to play with. It’s not all been perfect, of course. Not every lover is attentive. I remember in my 40s going with an 18-year-old, just to see what it would be like. Quick was the answer.

We’re safety-conscious and I’ve never felt in any danger. Barry is normally in the same room or not far away. I’ve recently had a knee operation, which means I’m walking with a stick, so I’m taking it easy. I had only three lovers last year. I still have the same sex drive but I’m more relaxed now. I’m not someone who’s ever going to dress like a woman half her age just to get attention. But if guys still find me attractive – well, why not? People ask if we have any regrets and we do – we wish we’d found that mag five or six years earlier.

As told to Colin Drury.