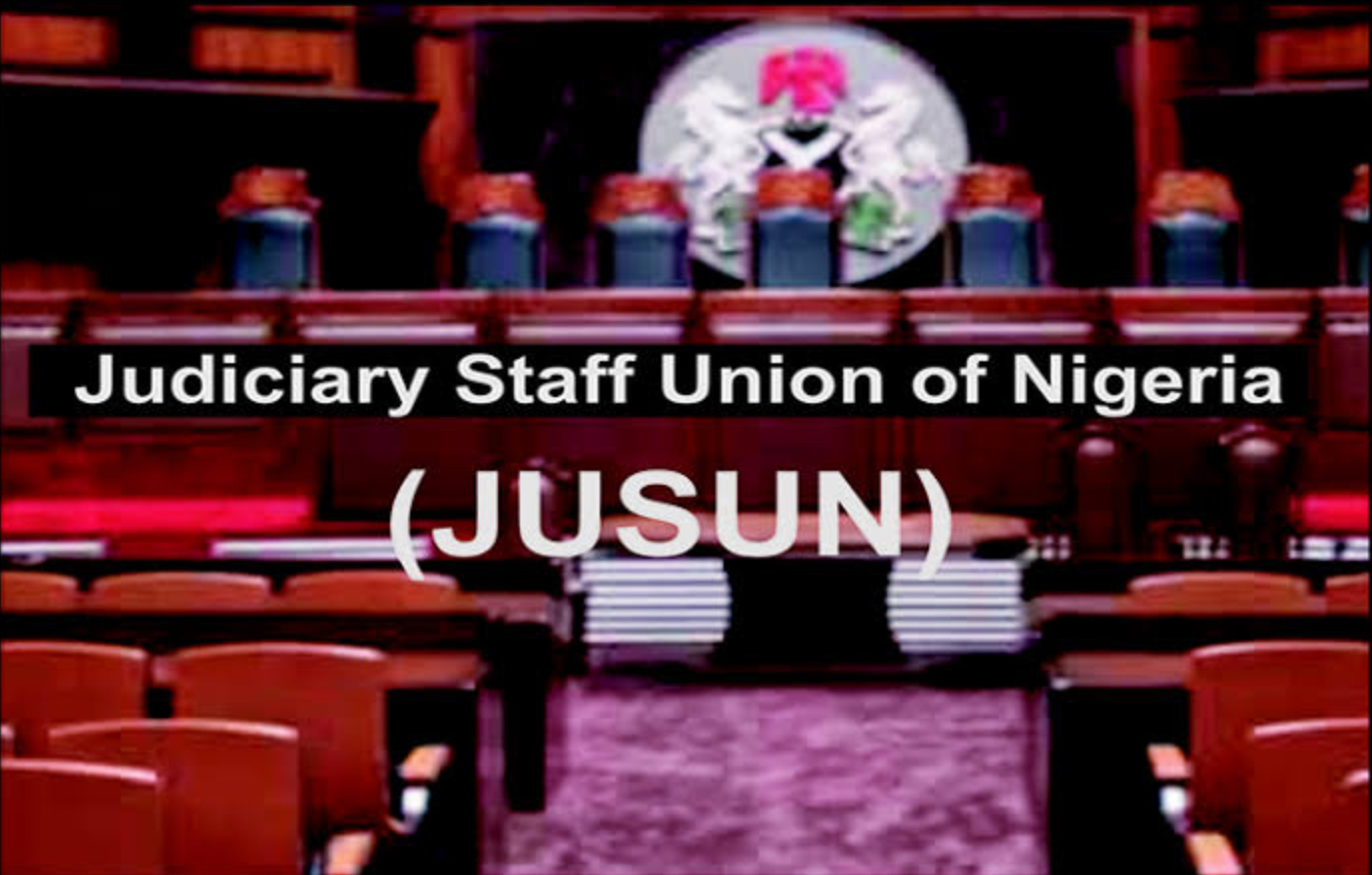 The Judiciary Staff Union of Nigeria (JUSUN) on Thursday insisted that each state must implement its self-accounting law in dealing with Internally Generated Revenue.

JUSUN, in a statement issued by its General Secretary, I. M. Adetola, in Kaduna, said:”each state should implement its self-accounting law or Fund Management law in dealing with IGR also known as state consolidated fund, in accordance with Section 121(3) of the 1999 Constitution of the Federal Republic Nigeria as amended.

”The states that have not yet signed the Bill into law should do so without delay.” JUSUN said

Furthermore, the JUSUN maintained that amount standing to the credit of the judiciary from the monthly federal allocation should be deducted directly from the source by Accountant General of the Federation and remit same to National Judicial Council (NJC) for onward transmission to heads of courts

“For the Federal Allocation, the Budget of each State Judiciary submitted to the implementation committee (received on Oct. 2, 2020) should be implemented by deducting the amount due to the state judiciary directly from source by Accountant General of the Federation.

”This is in accordance with Section 81(3), Section 162(9) of the 1999 Constitution of the Federal Republic Nigeria (as amended) for the states. The Accountant General of the Federation should be directed accordingly.

The union also said that the implementation requested above should include payment of the arrears from the month of October, 2020

JUSUN on April 6, following a  directive on its members to shut down all courts across the country. Members complied with the directive and mounted guard at the entrance of the courts to ensure that no one entered the court premises.

The action has crippled court proceedings as well as commercial activities around the court premises.

A verdict of the Federal High Court in Nigeria’s capital, Abuja, had in January 2014, held that financial autonomy for the judiciary is a constitutional provision that must be complied with by the executive branch of government.

It was reported that on May 23, President Muhammadu Buhari signed into law the Executive Order to grant financial autonomy to the legislature and the judiciary across the 36 states of the country.

The order also mandates the accountant-general of the federation to deduct from source amount due to state legislatures and judiciaries from the monthly allocation to each state for states that refuse to grant such autonomy.

The Minister of Justice, Abubakar Malami, the Executive Order No. 10 of 2020, made it mandatory that all states of the federation should include the allocations of both the legislature and the judiciary in the first-line charge of their budgets.

According to the AGF, “a Presidential Implementation Committee was constituted to fashion out strategies and modalities for the implementation of financial autonomy for the State Legislature and State Judiciary in compliance with section 121(3) of the Constitution of the Federal Republic of Nigeria, 1999 (as Amended).”

The Nigeria Governors Forum (NGF) on Thursday said they will start implementing financial autonomy for the judiciary latest by May ending, a pledge that indicates that an end to the ongoing strike that has crippled the nation’s judiciary may be in sight.

The governors also called on striking members of the JUSUN to call off their two weeks old strike.

The chairman of the NGF, Gov. Kayode Fayemi of Ekiti, gave this assurance in an interview with journalists after meeting with ‘stakeholders’ from the state judiciary and legislature at the Presidential Villa in Abuja.

He said the modalities for the implementation were worked out at the meeting held at the Presidential Villa.