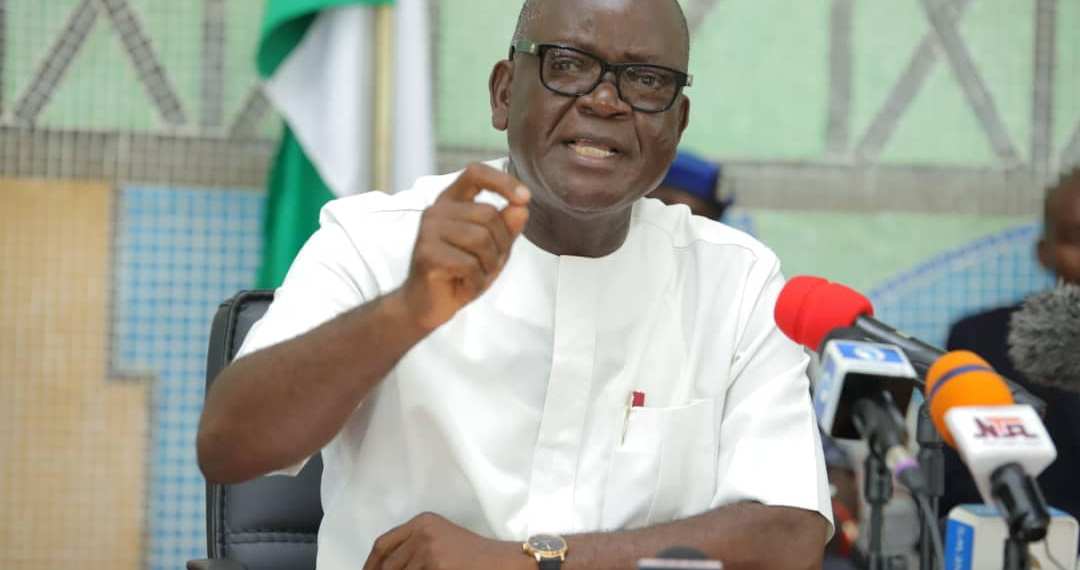 The All Progressives Congress, APC Benue chapter has congratulated Gov. Samuel Ortom on the occasion of his 60th birthday anniversary.

This was contained in a press statement by its Acting Publicity Secretary, Mr James Ornguga, on Friday in Makurdi.

The APC in the felicitation to Ortom prayed God to grant the governor  long life and good health.“As you clock 60 years of age today, the APC family in Benue rejoices with you for reaching threescore years.“We pray God to bless you with good health as you pilot the affairs of the state in the remaining two years of your administration,” it said.

The party also used the occasion to appeal to the governor to pay pension and gratuity to the state’s  senior citizens.

“Age 60 is the retirement age in the civil service and we pray that you will compassionately consider the Benue pensioners whoseg age bracket you have just joined.

“The party remembers the few years you shared with us, during which the celebrated Open Grazing Prohibition and Ranches Establishment Law 2017 was enacted.

“Happy birthday  and may your remaining days in office add value to the people of Benue,” the party said as it poked at the governor.

Ortom was first elected as governor of the state on the platform of the APC in 2015 but subsequently defected to the PDP upon alleged differences with the state leader of the APC, Senator George Akume.

As the APC poked at him, Governor Ortom has also won a reputation for poking at the APC and President Muhammadu Buhari over what he claims as the biased polices of the Buhari government towards non-Muslims both from the North and outside the North.

GreenWhiteGreen GWG reports that the governor has persistently accused the APC federal government of using the security forces against non-Muslims and minorities towards sustaining what he has described as the agenda of the Fulani.

Related Topics:APCGovernor Ortom
Up Next