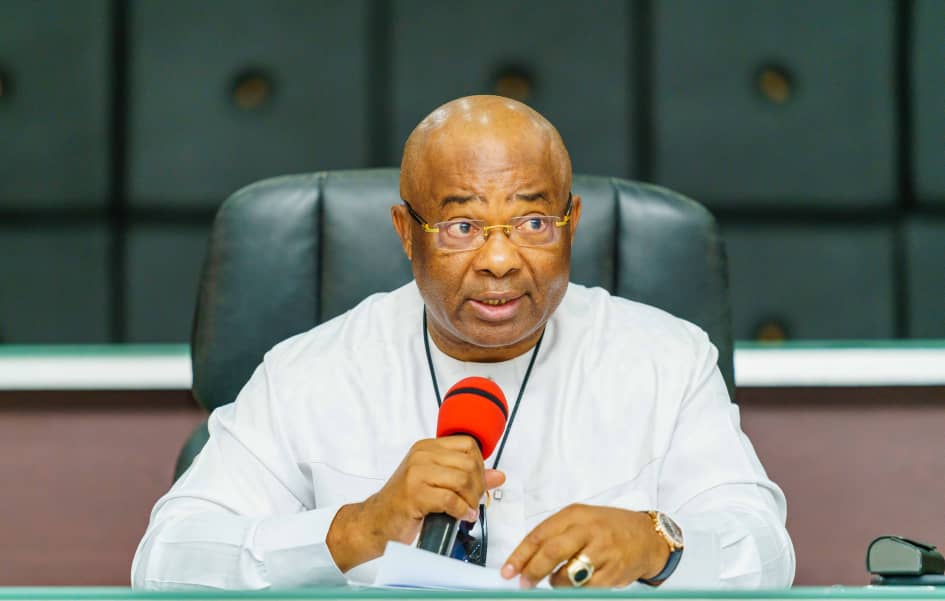 Governor Hope Uzodinma has updated President Muhammadu Buhari on the socio-economic and security situations in Imo.

Uzodinma, who spoke to State House correspondents after a closed door meeting with the president on Friday in Abuja, said some politicians were responsible for the rising cases of banditry in parts of the country.

He also alerted Nigerians that some politicians were bent on bringing down constituted authorities for their selfish motives.

Uzodinma, therefore, said all Nigerians must rise up against such destructive elements.

He said: “Those funding this banditry are politicians, which I challenge and call on security agencies to make their names available to the Press because what they want to do is to distract a government that is focused.

“But a situation where you’ll leave the formal way, ethical way of doing politics, and you are now sponsoring banditry to bring down a government, for Christ’s sake, we should rise up and condemn it, all of us.”

According to the governor, the unity of Nigeria cannot be compromised for whatever reasons.

He called on those calling for secession to discard the idea and join the government as well as all well-meaning Nigerians in moving the nation forward.

According to him, Nigeria is well endowed, and hence citizens should unite to reap the benefits of such endowments.

“I don’t think that I will support any call for secession, I want a united, strong Nigeria. Our strength is in our diversity and today, we are supposed to play a leading role in this continent.

“We don’t want to whittle down our strength, rather, what I advise is that we must appreciate the gift of nature in our land and the support government. This country is blessed by God,” he added.

On recent attacks on security formations in the state, Uzodinma revealed that about 50 suspects had been arrested in connection with the incidents.

“As at the last count, we arrested almost 40 to 50 people, who also made useful statements and confessed to the crime.

“I continue to tell you that this issue of banditry is something that we must all rise up as people to condemn and then support security agencies to be able to provide an enabling environment for people to go about their businesses, without fear of any molestation.

“The job of security of a country cannot be left to security agencies alone.

“The job requires the citizenry to support security agencies through intelligence gathering, also leaders at all levels, including traditional leaderships, to support government because the bandits stay among us, the criminals live among us.

“And if we’re not in position to report them, or report their activities to security agencies, then we are undoing ourselves,’’ Uzodinma added.