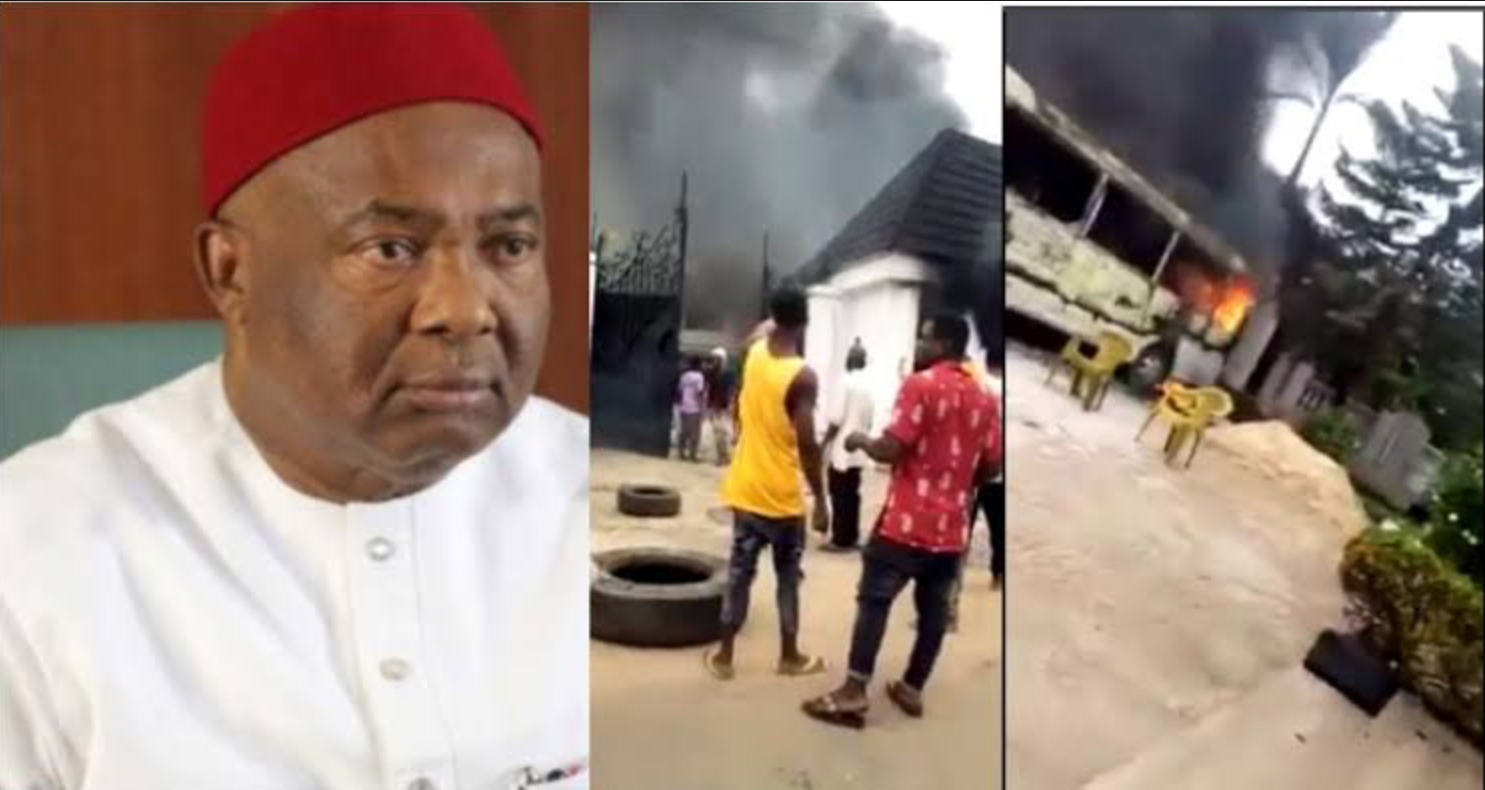 The Commissioner for Information, Declan Emelumba, who confirmed the incident to newsmen on Saturday, said few casualties were recorded after security men on guard repelled the attack.

“Gallant security operatives this morning repelled an attack on the Omuma country home of the governor of Imo State, Sen Hope Uzodimma.

“At about 9am today, Saturday, April 24, a group of hoodlums numbering about 15 and driving in a motorcade of three vehicles, accompanied by a tipper loaded with used tyres, stormed the country home of the governor and attempted to burn down the house.

“However, vigilant security operatives attached to the Governor’s house successfully repelled the attack and consequently minimised damage,” he said.

The commissioner further disclosed that in the ensued cross fire, few casualties were recorded.

He said preliminary investigation suggests that the foiled attack may have been politically sponsored.

He said the governor has directed the relevant security agencies to expedite investigation on the incident and promptly apprehend the sponsors and their agents and bring them to justice.

He said “yes, i can confirm the story, the hoodlums attacked the governor’s house by throwing in Petrol bomb as a result of which two cars were burnt, but the attackers were successfully repelled.

“None of the building was set ablaze, however, one unarmed personnel of the NSCDC was killed in the process.

“The hoodlums, while escaping, also killed a Police Sergeant and another NSCDC personnel, both in their private vehicles at Mgbidi junction.