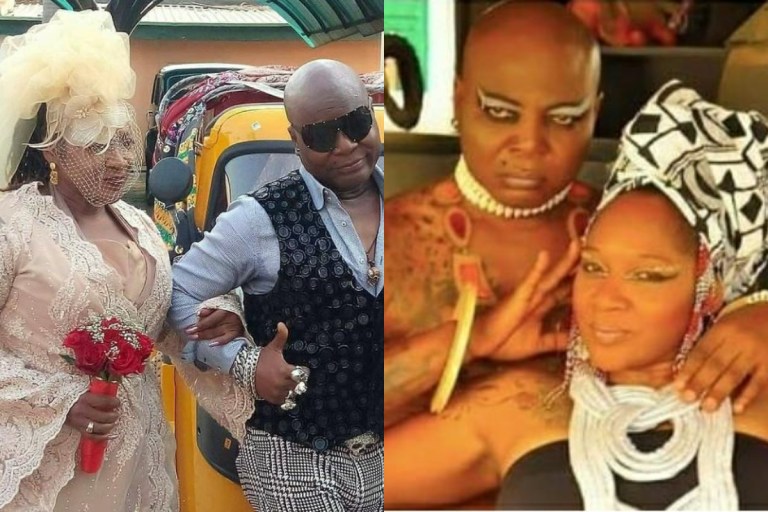 Area fada Charly Boy has dished out marital advice to Nigerians upon his over 40 years experience of marriage, saying it’s not all rosy and no one should think his marriage is made in heaven.

According to him, no one should think that the fact that he and his wife have been able to maintain their marriage for over 40 years meant it was made from heaven as they have had their ups and downs.

Charly Boy in his post said some people think marriage is moi moi, forgetting that not everyone God created will marry.  According to him, he has swam through many rivers for the 40 years of his marriage and hence the enjoyment that he’s having with his wife now.

Adding that his marriage has been through hell many times over, and they are still patching things up. According to him, his marriage is still leaking since they have issues and problems which according to him are not for public consumption.

Charly Boy, however, affirmed that the only thing that they both basically agree on is never to give up on each other as they both have agreed to die in their marriage and that is how he has been able to keep his marriage for over 40 years now and still counting.

Charly Boy recently married his wife over again to strengthen their bond as a married couple said, no one should think for a minute that their marriage is made from heaven because they have their own problems and not everyone God created will marry.

Related Topics:Charley boy
Up Next