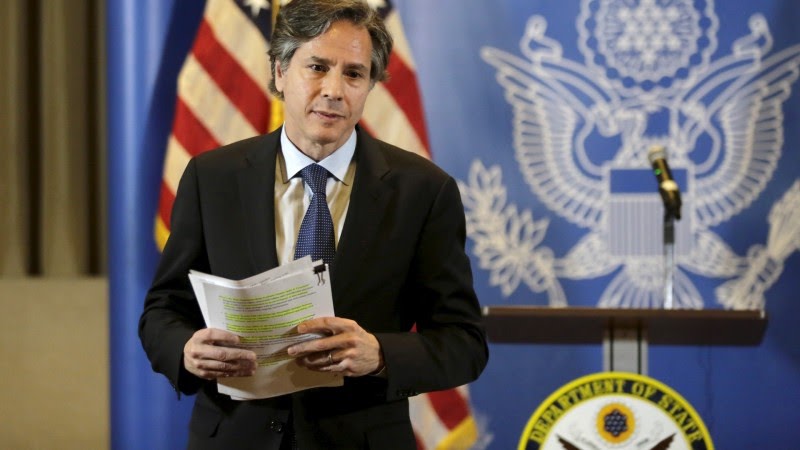 U.S. Secretary of State Antony Blinken will make a virtual trip to Nigeria and Kenya on Tuesday, according to State Department spokesperson Ned Price.

Price said in a statement on Monday that Blinken would make the trip for talks with senior leaders on a range of issues including trade and the coronavirus pandemic.

“Blinken will embark tomorrow, April 27, on his first virtual trip to Africa, where he will visit Kenya and Nigeria.

“During his visit, Secretary Blinken will meet with President (Muhammadu) Buhari and Foreign Minister (Geoffrey) Onyeama to reiterate the value of our bilateral relationship.

“And discuss issues of shared importance,” the spokesperson said.

Antony John Blinken is an American government official and diplomat serving as the 71st United States secretary of state since January 26, 2021.

He previously served as deputy national security advisor from 2013 to 2015 and deputy secretary of state from 2015 to 2017 under President Barack Obama.

During the Clinton administration, Blinken served in the State Department and in senior positions on the National Security Council from 1994 to 2001. He was a senior fellow at the Center for Strategic and International Studies from 2001 to 2002. He advocated for the 2003 invasion of Iraq while serving as the Democratic Staff Director of the Senate Foreign Relations Committee from 2002 to 2008.[2] He was a foreign policy advisor for Joe Biden‘s unsuccessful 2008 presidential campaign, before advising the Obama–Biden presidential transition.

From 2009 to 2013, Blinken served as Deputy Assistant to the President and National Security Advisor to the Vice President. He later served as Deputy National Security Advisor from 2013 to 2015 and Deputy Secretary of State from 2015 to 2017. During his tenure in the Obama administration, he helped craft U.S. policy on Afghanistan, Pakistan, and the nuclear program of Iran.[3][4] After leaving government service, Blinken moved into the private sector, co-founding WestExec Advisors, a consulting firm.