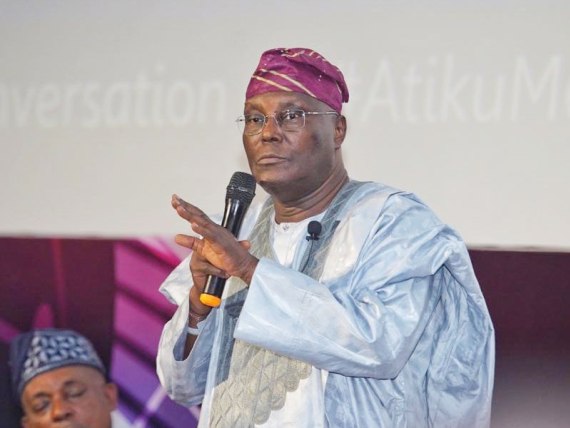 Former Vice President Atiku Abubakar has called for an end to the abduction of students following the killing of two more students of Greenfield University, Kaduna who were among about 20 abducted on April 20.

The abductors have now killed five of the students, keeping others in hostage amid request for N800 million ransom for their freedom.

Atiku’s statement also followed the abduction of three students of the Federal University of Agriculture, Makurdi, Benue State on Monday.

The nation’s former number two citizen in a statement sent to newsmen on Tuesday called for definite action on the spate of insecurity in Nigeria.

“The abduction of yet an unspecific number of undergraduates of the Federal University of Agriculture, Makurdi, Benue State, is one abduction too many. It marks both an unacceptable escalation and an expansion of this menace, and we must not only ensure that the abducted youths are rescued, but even more importantly, we must put in measures to prevent future reoccurrences,” he said.

“This must not be allowed to become our new normal. It is time for us as a nation to face the reality that we have an emergency on our hands. A catastrophe that must be decisively dealt with before it snowballs into an existential crisis.

“We must stop treating these acts of criminality with kid gloves. Enough is enough! There must be safety of lives and property in our citadels of learning, because without it, there would be loss of confidence in the sector, which will result in low enrolment rates in a country that is amongst the highest statistically for out-of-school children.

“This is all the more reason why I have maintained in the past that impunity must give way to punitive measures. When criminals profit from their criminality, crime will increase.”

Atiku, who did not address calls for resignation of the embattled minister of communication and digital economy Isa Pantami over religious extremism, said the “full weight of the law” needs to come down on “perpetrators of these heinous crimes”.

“I renew the call I made on Monday, March 15, 2021, for a state of emergency to be declared on the education sector, and for 24 hour armed guards to be posted at all schools in the affected states.

“Yes, it is an expensive venture. Nevertheless, we must accept that whatever we invest in preserving the lives of Nigeria’s youth is worth the price, as nothing is, or can be more valuable to us than our youths, who will take up the baton after we are gone,” he added.

Meanwhile, Atiku’s silence on Pantami has not helped his cause. Some observers have suggested that his silence could be an endorsement of the Pantami’s extremist comments.

Related Topics:AtikuBanditsGreenfield University
Up Next