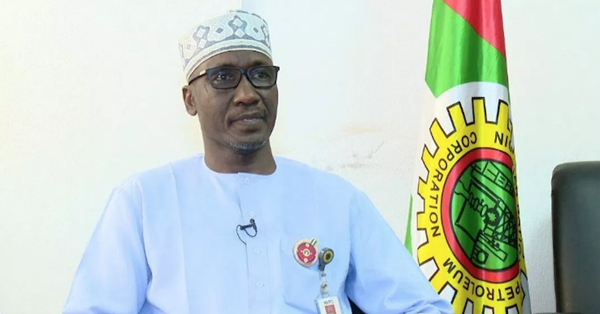 The helmsman at Nigerian National Petroleum Corporation, NNPC, Mallam Mele Kyari is hoping to turn around gas utilisation in the country through structured development of the sub-sector of the petroleum industry. Chuks Ekpeneru writes that the vision may have taken a definite turn towards reality.

On assumption of office in 2019 as the 19th Group Managing Director of the Nigerian National Petroleum Corporation (NNPC), Mallam Mele Kyari began by redefining the strategic focus of the corporation which he anchored on the principle of Transparency, Accountability, Performance Excellence (TAPE) vision.

He said the vision was to propel NNPC towards, “Global Excellence.” One area of global excellence to which the Borno-born Kyari apparently had in mind was to put Nigeria on the global map in gas utilization and production.

Suffice to say that Nigeria had despite its reckoning as being among the world’s leading producers of gas been generally acclaimed as one of the world’s lowest utilisers of the product.

About two years after, into his stewardship, the potentials that Kyari is set to drive Nigeria into a major gas utilization country are beginning to take shape.

This agreement will boost the gas development and commercialization programme of the NNPC.

The Group General Manager, Group Public Affairs Division, Dr. Kennie Obateru, who gave a peep into the synergy disclosed that the project would boost the nation’s gas production by 1.2trillion cubic feet (tcf).

Speaking at the GDA signing ceremony which held at the NNPC Towers, Abuja, the Group Managing Director of the NNPC, Mallam Mele Kyari, said the gas commercialization strategy of the Corporation was in sync with the Federal Government’s National Gas Expansion Programme (NGEP), adding that the gas from the project would be processed at the Ashtavinayak Hydrocarbon Limited (AHL) 125million standard cubic feet (mmscf) of gas per day gas plant located in Kwale, Delta State.

“This opens a gateway for other opportunities in the Oil and Gas Industry, not just SEEPCO Group but for other companies too. We are happy that this will unlock significant volumes of gas which will deliver 125mmscfd to the Midstream plant that you have built. Of course, this is a great milestone for us and we are happy to do business with you. You are a very reliable partner because when you say things, you get them done,” Mallam Kyari stated.

He said the development of OML 143 would bring value for the Federal Government, NNPC and SEEPCO Group which would in turn boost the nation’s economy.

On his part, the Group Managing Director of SEEPCO, Mr. Tony Chukwueke, said the OML 143 GDA is a major milestone for the country because it was the first Agreement in Nigeria that fully separates gas development from oil production, noting that the arrangement would enable wholistic development of the gas potential in the block.

He further explained that the GDA was a significant step as it was the first of its kind to expressly include terms that encourage the contractor to be effective in its cost management thereby passing on significant revenue to the Federal Government, NNPC and other stakeholders.

“I will like to take this opportunity to thank the GMD, NNPC for his contribution to Nigeria and also recommit that SEEPCO is determined to play its role in the energy industry in Nigeria,” Tony Chukwueke reassured.

The Gas Development Agreement is required, pursuant to the Production Sharing Contract obligations, to set out the terms for the development of the 1.2tcf Non-Associated Gas oil block by SEEPCO which is the Contractor with the NNPC is the Concessionaire.