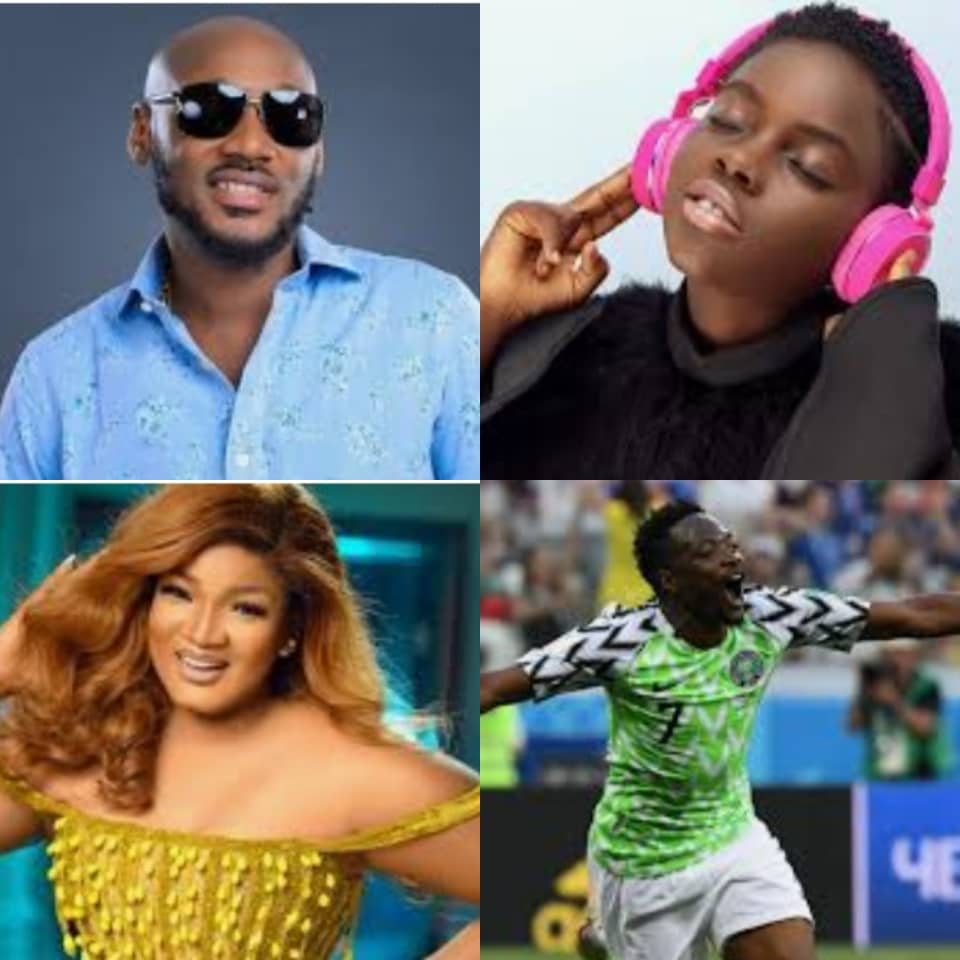 In its bid to harness the creative capacity of young Nigerians, the African Democratic Congress, ADC, has offered entertainment stars, Innocent Idibia popularly known as 2Face, DJ Switch, Omotola Jelade-Ekeinde, popularly known as Omo Sexy and soccer star, Ahmed Musa free tickets to run for any elective office of their choice in the 2023 general elections.

National chairman of the party, Ralph Okey Nwosu made the pledge according to a Vanguard report while receiving a certificate of endorsement of the party as “the one-party for Nigerian youths and women,” in the next election cycle.

Advancing reason for the choice of the celebrities to run on the platform of the party, Mr. Nwosu noted that entertainment stars have given back to the country more than today’s elected politicians.

He added that the stars can vie for governorship, Senatorial or even the highest office in the land on the ADC platform provided they meet the requirements stipulated in the 1999 constitution (as amended) as well as the Independent National Electoral Commission, INEC guidelines.

The party praised Musa for recently signing up to play for the local side, Kano Pillars after many years in Europe and the Middle East.

The prospects of any of the four DJ Switch, 2Face, Omo Sexy or Ahmed Musa accepting the ADC offer is, however, in doubt given the conditions under which elections are conducted in the country.

DJ Switch who was central to the leakage of the reported killings at the Lekki Toll Gate during the EndSARS protest has relocated to Canada where she has taken up asylum.

Tu Face and Omotola have on their own separately and with others canvassed and sometimes joined protests against the poor governance in the country and thrown sympathy towards many civil protests in the country. where they have not joined physically, they have thrown support through the social media.

Musa on his part has won support by linking up with the populace despite his feat in international football.