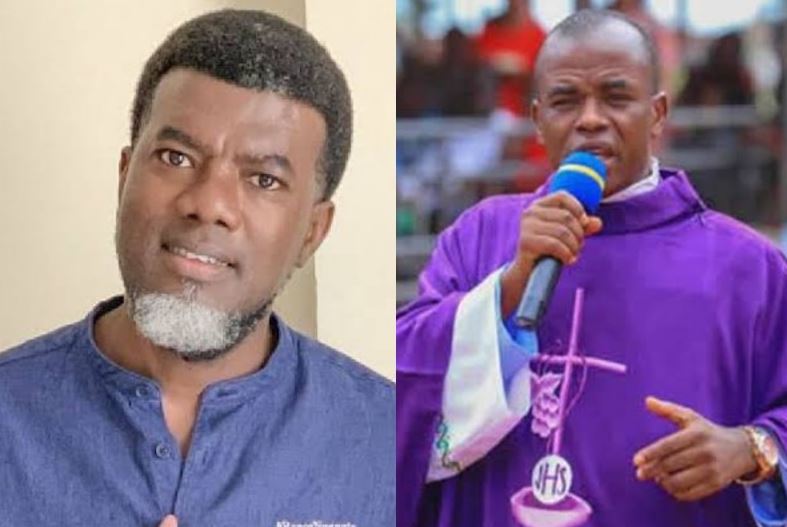 An ex-aide to former President Goodluck Jonathan, Reno Omokri, has asked the Catholic Church to “defrock” the Catholic Priest and Spiritual Director of Adoration Ministry, Enugu, Fr Ejike Mbaka, over his confusing statements and endorsements.

The fiery priest had caused controversy last year when he prophesied that then Imo State Governor, Emeka Ihedioha, would be removed by the Supreme Court and Uzodinma of the All Progressives Congress would be made governor.

Mbaka had also prophesied that Buhari would defeat Jonathan and become President in 2015 and continued to support him at various times.

His recent posture is therefore seen as a departure from his usual stance as the cleric said the government had failed to protect lives in the country, describing the situation as devastating.

Reacting in a string of tweets on Thursday, Omokri wrote, “Father Mbaka is an author of confusion. Today, he is calling on General Muhammadu Buhari to “resign or be impeached”. In 2015, he told Nigerians that God told him Buhari was Nigeria’s saviour. If the Catholic Church doesn’t defrock this man, he will rubbish their name.

“A man of God should not speak from both sides of the mouth. How could God have told Mbaka that Buhari is the saviour in 2015, and now God is telling him another thing in 2021? This same man falsely accused then President Jonathan of attempting to assassinate him!”

Related Topics:MbakaReno Omokri
Up Next