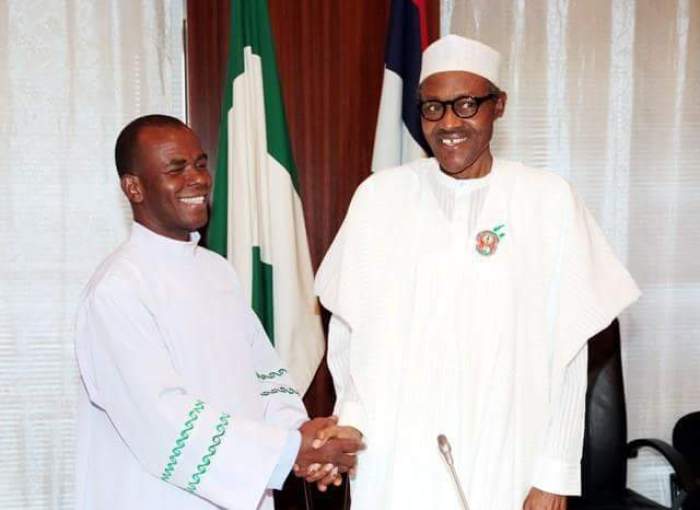 Father Ejike Mbaka has in a turnaround called for the immediate impeachment of President Muhammadu Buhari who he said has failed the nation with his silence and incapacity to respond to the insecurity in the land.

Mbaka who backed Buhari for his 2015 and 2019 elections has also warned his critics not to come after him on account of his turnaround warning that God’s wrath would come on them.

Mbaka, a Catholic priest is the Spiritual Director of Adoration Ministry, Enugu. He spoke at the Adoration Ground, Enugu.

“Let me tell you; if it is in a civilized country, by now, President Buhari would have resigned with what is happening.”

“Nigerians are crying because there’s no security in the country, the House of Representatives should impeach the president if he doesn’t want to resign.”

Mbaka warned members of the National Assembly that they would suffer severe consequences should they fail to take heed on his admonition to impeach Buhari from office.

Giving reason for his change on stance on Buhari despite his emotional support for the president in the past, Mbaka said:

”A good coach cannot watch his players to be defeated when he has players sitting down on the bench. It is either Buhari resigns by himself or he will be impeached.

”This statement is too mysterious and supernatural, I know many people will begin to fight it, saying did you not pray for Buhari? Did Samuel not anoint Saul? Am I the creator of Buhari? God created him, Nigerians supported him because he did well sometime. But now, how can people be dying and the chief security officer of the country will be sitting down without making any comment? Gunmen attacking people everywhere.”

“I pray that the church leadership will understand me as a messenger of God and not begin to attack me because the danger is going to affect the church.