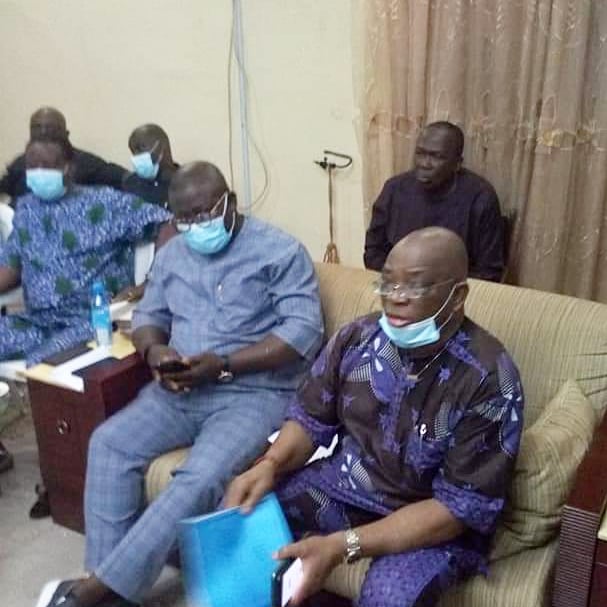 Stakeholders under the Peoples Democratic Party, PDP, from Delta Central on Thursday adopted guidelines to ensure the emergence of a governorship candidate of the PDP from the district with a warning to political actors not to accept the position of running mate to an aspirant from another senatorial district.

The group, known as Delta Central 2023 (DC-23) made the vows at a well attended meeting held on April 29, at the private residence of the Political Adviser to the National Chairman of PDP, Chief Ighoyoya Amori in Asaba.

Chairman of the constitution drafting committee and former Attorney General of Delta State, Chief Andrew Orugbo, told the meeting that the guidelines were technically crafted to meet the overall objectives of DC-23, and went further to articulate the draft document which was subjected to a hitter debate and subsequently adopted.

Speaker after speaker thanked the constitution drafting committee for a job well done and emphasised the need for there to be a sustained watertight unity among members and the good people of Delta Central, to ensure that the senatorial district produced PDP governorship candidate in 2023, in accordance with the party’s internal power rotation agreement between Delta North, Central and South, respectively.

Convener of DC-23, Chief Ighoyoya Amori, said the group will soon launch out on a state wide political consultation in Delta North and South senatorial districts; to drum up support for DC-23, adding that members and stakeholders must do whatever it takes to win the support of political leaders and stakeholders in Delta North and Delta South, so as to work in unity and love, and as one indivisible PDP political family in 2023 and beyond.

Former Minister of Information, Prof Sam Oyovbaire, noted that DC-23 is gaining ground and gathering required momentum in terms of attendance of members and the strong collective desire to produce PDP governor in 2023.

He advised members not to play the second fiddle by accepting governorship running mate position; so as not to give the wrong impression that Delta senatorial district is divided in her desire to produce the party’s governorship candidate in the next gubernatorial election in the state, adding that desperate political actors will certainly deploy “divide and rule” tactics in the pursuit of their governorship ambition, and that such divisive political scheming must be resisted by DC-23 aspirants, members and stakeholders.

The meeting resolved that DC-23 will not support the ambition of a particular aspirant, to enable contestants freely pursue their aspirations to logical conclusion, but that individual aspirants within Delta Central should endeavour to inform the state governor and DC-23 group; and must of a necessity meet the requirements as individuals to run for the office of the governor of Delta State, and as contained in the Constitution of the Federal Republic of Nigeria, 1999, as amended.

It was also agreed that the next meeting of the group shall hold within the next 14 days to inaugurate committees and subcommittees; to kick start political events of DC-23, considering the fact that party primaries may hold in 2022, as a propelling force for electioneering campaigns into general elections in 2023.

The highlight of the meeting was the adoption of DC-23 guidelines, also known as the constitution, as well as the group political slogan; “DC-23 for PDP Governor, PDP Governor, DC-23.”