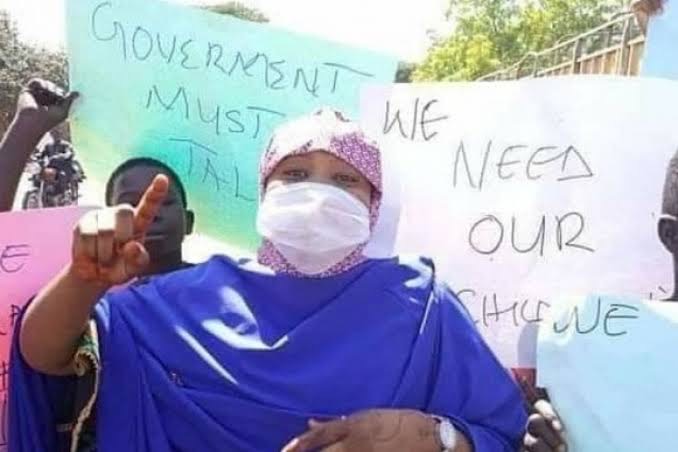 The parents of the remaining abducted students of the Federal College of Forestry Mechanisation, Afaka, Kaduna have lost their patience as their wards have not been released after being in captivity for almost two months.

The parents of the 29 students have therefore decided to stage a mass protest at the National Assembly Complex in Abuja to compel the Nigerian government to boost its efforts to secure the release of their kids.

Recall that the abductors released 10 of the 39 students kidnapped on Tuesday, March 11, 2021 in two batches of five each.

In a statement signed by the Chairman, Victims’ Parents Committee, Usman Abdullahi and Secretary, Catherine Y. Saleh on Friday, the distressed parents said they will stop at nothing to push the government to take swift action and secure the release of their children.

The affected parents expressed discomfort at their children’s continued stay in captivity and cried out about the suffering their children may be going through at the mercy of the kidnappers.

According to them, the government has “abandoned and neglected” them and they have no hopes in sight for the release of their children.

The statement read, “Since the 10 students were released in two batches of five each, the parents have been condemned to excruciating trauma over the continued captivity of their children, especially as they have been left to fight alone for the release of the children without any iota of concern shown by the FRIN (Forest Research Institute of Nigeria) towards securing their release.

“This development is unacceptable as it shows abdication of responsibility by those in whose custody the students were before their abduction.”

“Knowing the struggle the parents of the 10 students so far released are going through to keep their children in good health and sound mind, the parents of the students still in captivity, while awaiting the release of their own children, demand compensation from FRIN for the students already released and a similar demand will be made for those that will be released later for their proposed rehabilitation,” the statement added.