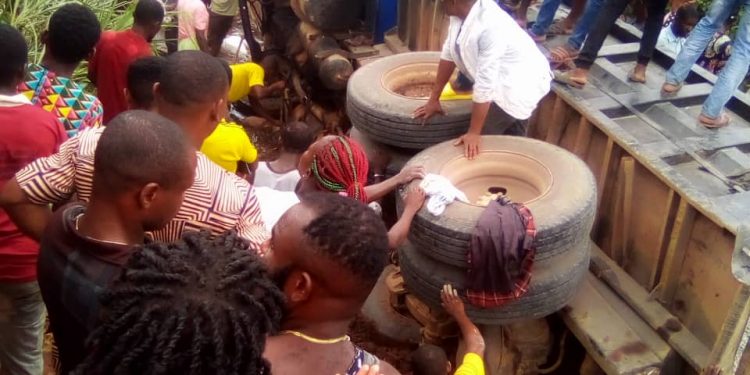 No fewer than 30 women lost their lives in a ghastly auto crash when a truck lost its brake and rammed into roadside traders at Nkwommiri market in Nwangele, Imo State, on Saturday, an eye witness told Sunday Sun.

According to the source, the incident, which occurred around 12 noon at the Anara- Orlu expressway, where the market is situated, left many injured.

Sunday Sun reported that the truck was attempting to climb the hilly road when its brake failed and crushed the women as well as other vehicles on the roadside.

A youth leader from the community identified as Adolphus told our correspondent that the accident was so severe that some of the victims were also tossed into a nearby river.

“The worst has happened here. A truck that lost its brakes has killed women trading on the road at Nkwommiri, and it looks like more are even injured and some trapped under the vehicle,” a source said.

A community leader, Frank Ozuruigbo, gave the assurance that the community was working with government official to rescue the trapped victims.

When contacted, the police spokesman Orlando Ikeokwu said that rescue operation was ongoing but confirmed the death of only two women, though other sources said that 30 women were crushed in the unfortunate accident.